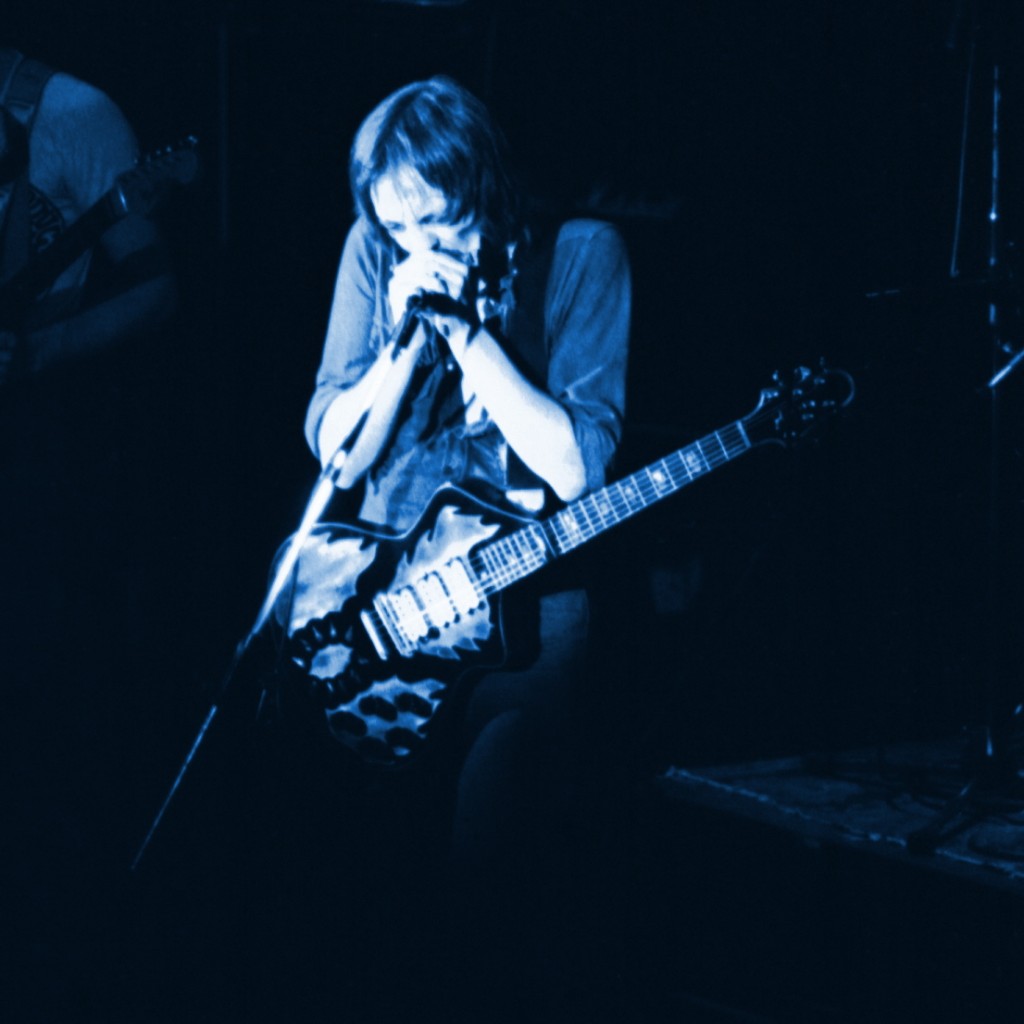 STEVE MARRIOTT PERFORMING LIVE AT WINTERLAND IN SAN FRANCISCO ON MAY 7, 1976. PHOTO BY BEN UPHAM.

Steve Marriott is to be congratulated for the work on his debut solo album. It’s been a little more than a year since Humble Pie split up, a band that started out hot and slowly slipped downward. But Marriott, with his seemingly bicentennial gift to the U.S. is on a very strong upswing. His expertise on lead guitar continues to become more refined and intricate but still loud and beefy.

The album is split in two, as albums usually are, but this time its a British side and an American side. With Marriott on the side of the Brits are Greg Ridley, Ian Wallace and Mickey Finn. The American side has Dave Foster, Red Rhodes, Alan Estes, Ernie Watts and Dave Spinozza. Help Me Through the Day, highlighted by powerful guitar work, is the cream of the British side. Besides the opener, East Side Struttin’, and this one, the rest are good but nothing really outstanding, there’s beat and licks, that’s it.

The American side is much different from the British. Star In My Life is a melting of country, gospel, and rock. The harmony is more prominent on this side. Marriott continues to prove he can play either side of the ocean when he does Are You Lonely For Me Baby, at a rate as funky as any Motown artist could do it.

He even does pretty good as Ray Charles with You Don’t Know Me. It’s not whether the songs are American or British, but I think the material from the American side is better . . . because it shows more clearly Marriott’s tremendous talent as a musician and entertainer. I mean, anyone could do what he did on the other side.