Posted at 14:05h in BlogJams by Ben Upham
Share 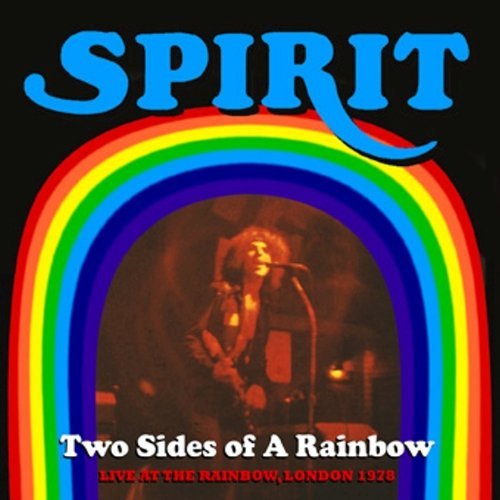 **************
The latest Spirit release (from May 2012) is another fine Musical testament to the genius of the late great Randy (Wolfe) California.
Here are a few reviews:
#1-
5.0 out of 5 stars More Spirit Greatest and the Past Corrected August 19, 2012
By Brian P. Nestor
Amazon Verified Purchase
For about the last decade, once a year there is a release from the estate of Randy California, bringing to light new material from a seemingly endless vaul. Mick Skidmore has been the man in charge of these productions, and I have gone on record before saying that his work has been above and beyond the call of duty. Starting with ‘Sea Dream’ in 2002, followed chronologically by ‘Blues From the Soul’, ‘Live From the Time Coast’, ‘Son of America’, “Euro-American Years’, ‘Salvation…the Spirit of ’74’, ‘Rock and Roll Planet’, ‘California Blues Redux’, “The Last Euro Tour’, ‘Tales From the Westside’, and finally ‘Two Side of the Rainbow’ (‘Potatoland’ is also in there somewhere), Mr. Skidmore has documented with great care the career and unrealized dreams of a great and greatly under appreciated artist.

For those who don’t know, Spirit were a group that fell somewhere between psychedelic and progressive. Their heyday was 1968-1971, when they managed occasional hit singles and albums. Then the group imploded, and Randy California and Ed Cassidy, the guitarist and drummer respectively, eventually picked up the pieces and continued on and off for an additional 25 years. By the way, Randy got his name from a certain Jimi Hendrix, for whom he played lead guitar in Greenwich Village in 1966 right before the Voodoo Child became a legend.

Randy was mercurial and not a great businessman, but he soldiered on, creating very interesting and unique albums on a variety of labels with Spirit and as a solo artist before his death in 1997. ‘Two Sides of a Rainbow’ is a re-release/re-imagining of a live set from 1978 that was released in some form or another two or three times. The problem was that the releases – ‘Live at the Rainbow’, ‘Live in Germany(!?!)’, and ‘Live Spirit’ – all suffered from many obvious overdubs and the occasional studio track included with canned applause added. Even thirty years ago, when I first encountered the set, it was obvious this was a heavily manipulated recording, and a bit disappointing.

This release fixes all those problems. Somehow – described in the excellence-as-usual liner notes – Mick Skidmore managed to correct whatever problems were in the original master tapes and the live set now sounds great. it is the complete concert, including all six encores, and it is without a doubt the best live Spirit from the 1970s and perhaps the best live release from any time in their career.

Plus, as a bonus, the US release has been included, so you can hear the extreme difference (and the two studio tracks) from Randy’s original compromised version. So for around $20 you get a two CD set with tons of great live music, finally done fight after 33 years. Personally, I can only say, ‘Thanks again, Mick’.

In 2000, a UK indie label officially released a cd called “Live At The Rainbow” which included the complete UK album & 2/3 of the USA. It is long out of print & sells for a fortune.
Got it today.
It’s exactly what I thought it was: the complete original Rainbow show without overdubs (taken from a sound board cassette), & on my computer the sound from the cassette is more than acceptable.
That’s followed by my favorite version of the 3 original LP’s, the first complete cd release of the USA Live Spirit First American edition.
The booklet also confirms several suspicions I’ve long held:
1. The Live At the Rainbow booklet states that the American LP was taken from a Miami Florida show. I’ve never believed that. The 3 LP’s sound too similar. This booklet states that all 3 albums are from the same show, with the differences being track selection (each of the 3 had at least 1 song not on the other 2 & each was missing something from the others) & the American LP being more overdubbed than the other 2.

2. The German LP included 1 track from the Rockpalast show on the same tour.
Also, two things I didn’t know:
1. Most of the reason for all the overdubs was that RC was using 2 different guitar amps at the same time, one for general playing & distortion & one for an echoplex. Only the echoplex made it to the multi track tapes (apparently a roadie forgot to turn on a mic), so RC had to overdub ALL his guitar parts. He also “sweetened” it quite a bit at the same time.

2. Another thing I didn’t know: 2 of the best songs which were also exclusive to these releases at the time: Rock & Roll Planet & These Are Words are actually studio recordings with added applause. R&RP, TAD, Looking Down & Hollywood Dream are imo RC’s last great songs.

4. This new Two Sides Of A Rainbow CD played on a Tascam P-10/PS Audio SL3

In general the UK LP had the best soundstaging, but also had a distractingly phasey sound on the top end (also, the bass solo on Looking Down seemed to come from the right channel only on this, while in all 3 other versions it was centered)
The US LP probably did the least amount “wrong”, but each other version reproduced some part of the music better.
The original Rainbow cd tended to have better sound on the instruments, but was a bit bright on the vocals.
This new version did the vocals better than the Rainbow cd but instruments were a bit muffled compared to the original cd. Oddly, while it was subjectively quieter in volume than the original cd, it did tend to sound compressed & most disturbingly it lost definition in loud parts.

Makes ya wonder what was used for the source material on each!

Finally I did a peak level comparison on EAC between Rock & Roll Planet USA on the 2 cd’s. The older cd shows a peak of 96%, while the new cd shows 98.8%.
Interesting that the cd that is subjectively louder is actually slightly quieter!
1 fyi: There is a bit of tape damage at aprox 6:04 on the USA album version of Looking Down, that I don’t remember hearing on Live At The Rainbow or the USA LP. It causes kind of a combination drop out & click.

#3- 2 of 2 people found the following review helpful
5.0 out of 5 stars Good golly. This is the Rainbow Jam. July 1, 2012
By Ricsheepy
First: Sound quality of the tapes is a non issue. Mick has done a great remastering job on old cassette tapes. You can do wonders with old tapes nowadays and these are wonders. Sure they are slim and they hiss, but the performances are what’s great. 18 Minute “It’s All The Same” with Ed Cassidy getting most of it is a school of drumming. Rockpalast only gives him 7 minutes of solo magic.

The other stuff on side one is restored greatness. You can hear Randy and Fuzzy and Ed just showing they knew what to do with skill and grace. A pleasure to hear these tracks again they way they were in that performance. You could tell they were board tapes as well as the first three songs, levels were all over the place.

The second disc has the encores, and I’ve listened to it more than disc one. The songs are different and really great. Downer and Turn To The Right are great performances. No wonder fans demanded release of “Potatoland”.

Then, the remastered “Spirit Live” takes place. I own the vinyl on “Potato Records” and love that set. I didn’t realize that Randy had done so much more to those tapes. Yet, when listening to a cut for cut comparison…wow. If it wasn’t for the huge fake applause Randy used, the embellishments made a great live album out of what he had to work with. Yeah, the “La Paloma” live set suffers from this fake crowd noise, but overlook that and there is some amazing guitar work on these recreated live cuts.