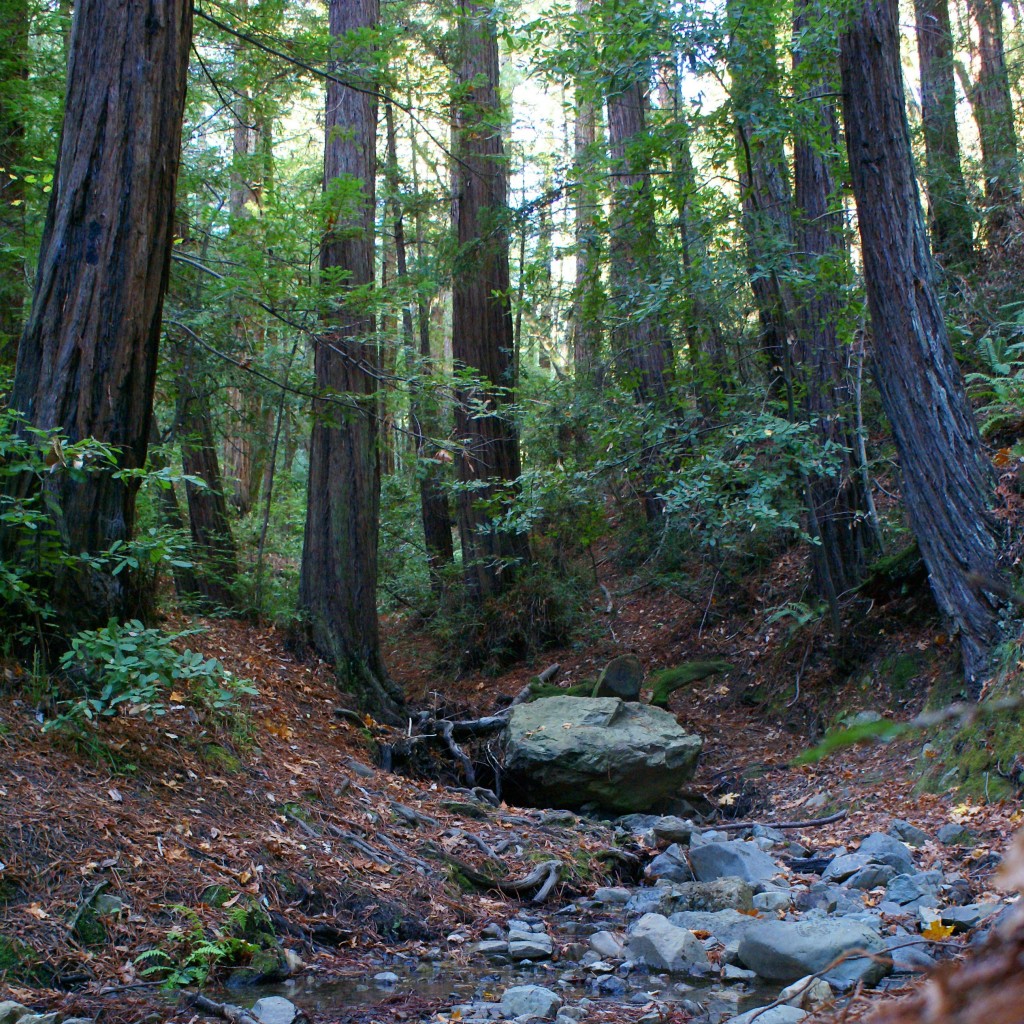 MILL VALLEY, Calif. (AP) – The jammed parking lot outside Muir Woods is proof this stand of old-growth coast redwoods is a popular spot.
And it’s easy to see why as you walk away from the clamor into an oasis where slanting beams of sunlight caress rugged red trunks that have stood for hundreds of years.
It almost didn’t happen. There was a time when these trees came close to feeling the bite of loggers’ saws. But stout efforts by early preservationists turned the area into a national monument in 1908. Parks officials are marking the centennial with a year of events including a daylong celebration April 21, the birthday of Sierra Club founder John Muir.
“It’s a great place because we’re able to tell the story of the redwoods and how they were almost cut completely down,” says Timothy Jordan, interpretative ranger and volunteer coordinator at the park. “It’s a chance to get that message out to people from all around the world.”
All around the world is right. Muir Woods, just a dozen miles north of San Francisco, gets a million visitors a year and you may hear the sounds of Mandarin, French, Spanish or a score of other languages in the park at any time. Mostly they seem to be saying the same thing: “These trees are big.”
The park includes redwoods over 260 feet high; some are more than 1,200 years old. Of special interest is Cathedral Grove, where delegates who drafted the charter of the United Nations held a commemorative ceremony on May 19,1945, in tribute to President Franklin D. Roosevelt, who died in April of that year.
The grove can be reached on a one mile loop walk, great for anyone who wants to experience California’s famous redwoods without driving for hours. On certain days, Cathedral Grove is designated a “quiet zone” to heighten the experience of the magic and majesty of the woods — all the more remarkable for being about 30 minutes from the cosmopolitan bustle of San Francisco. Listen to the birds and the wind rustling in the branches; gaze up at trees soaring into the sky, their leafy tops forming graceful arches, and you’ll understand how this spot got its name.
President Theodore Roosevelt, a big supporter of the nascent conservation movement, played a pivotal role in preserving the woods.
Most of the coastal redwoods that once covered the California coast were chopped down to build the homes and cities of new California. But the Muir trees, tucked in a hard-to-access Redwood Canyon survived until the turn of the 19th century.
Businessman William Kent bought the land in hopes of preserving it. But after the 1906 earthquake, demand for new development soared and Kent was almost overruled by a local water company which wanted to cut the trees and dam Redwood Creek and filed court papers to try to condemn the land.
Kent, who later became a congressman, donated the land to the government and Roosevelt turned the woods into a national monument using the powers of the recently passed Antiquities Act.
It was Kent who wanted the woods named for naturalist Muir. In an
exchange of letters, Roosevelt advocated for putting Kent’s name on the new monument, but Kent replied that he had “five good husky boys,” and if they couldn’t keep the name of Kent alive, “I am willing it should be forgotten.”
Kent, whose name is commemorated in the Marin County town of Kentfield among other things, went on to co-author the act creating the National Park Service in 1916.
In a letter to Kent, Muir wrote: “Saving these woods from the axe & saw, from money-changers and water-changers & giving them to our country & the world is in many ways the most notable service to God & man I’ve heard of since my forest wanderings began.”
If you go:
MUIR WOODS: www.nps.gov/muwo/
planyourvisit/index.htm or 415-388-2595. Roads to the park are steep and winding. Vehicles over 35 feet long are prohibited, Parking space is very limited and fills quickly on most days. A shuttle bus is available on weekends and holidays from May 3, through the end of September, call 415-455-2000 for more information. There are no RV parking facilities. The park is open from 8 a.m. to sunset, including holidays. Fees $5, for 16 years and over, under 15 free.