02 Jun PAT TRAVERS- “STANDING ON THE THRESHOLD OF ROCK STARDOM” 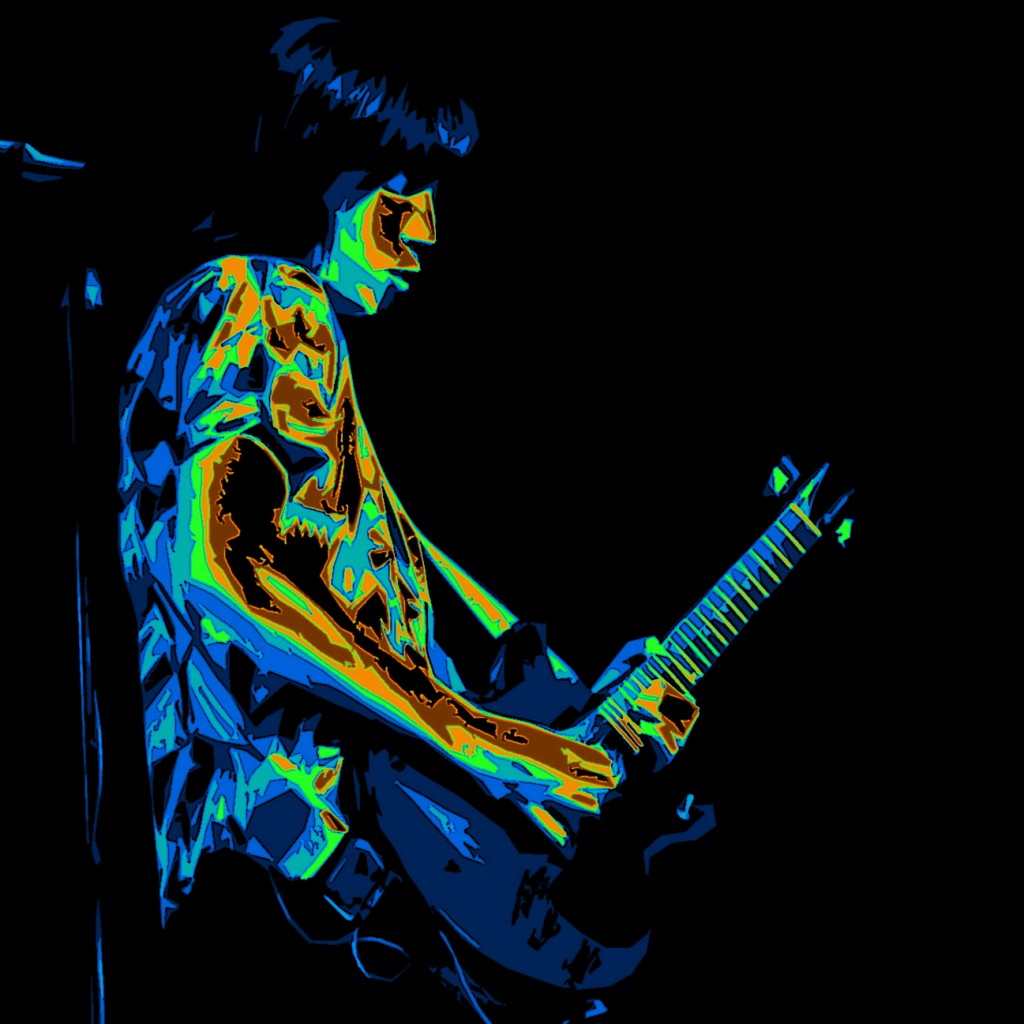 CLICK ON THE LINK BELOW TO SEE MORE PAT TRAVERS PHOTOS & ARTWORK:
SEATTLE 2-23-78
and
PT ARTWORK BY BEN UPHAM III

Recent years have seen the emergence of a growing number of hot Canadian rock guitarists capable of holding their own alongside their many talented American and European contemporaries.
In addition to veteran axemen like Domenic Troiano and Walter Rossi, whose latest studio albums contain some of their most inspired playing to date, this country has begun to develop a solid nucleus of exciting young players.
Both Alex Lifeson of Rush and Rik Emmitt of Triumph have been commanding considerable attention outside of Canada, while several other lesserknown guitarists are finally beginning to make a name for themselves.
Pat Travers’ reputation is already well-established among many Winnipeg hard rock fans. Although he hardly qualifies as a household name elsewhere, the Ottawa-born guitarist has been building a loyal following simultaneously in North America and Europe the past couple of years.
Travers left Canada several years back and relocated in London, England. He eventually assembled his current band, which consists of drummer Nicko McBrain and bassist Peter “Mars” Cowling, landed a recording contract and quickly released a pair of records, “Pat Travers” and “Makin’ Magic”.
With the release of his third album, “Putting It Straight”, Travers stands on the threshold of stardom. From the opening “Life In London”, a timely commentary on the current British scene, through the final notes of “Dedication”, this talented 23 year old puts everything he has into every track.
“Life In London” is a sheer blast of energy with some fiery guitar work and a tough, gritty vocal which is astonishingly reminiscent of the great Johnny Winter. It also provides ample evidence of Travers’ dramatic improvement as a songwriter in general and as a lyricist in particular on lines like “Life in London is bittersweet, Spray canned slogans along the street, Some kind of revolution in the town, Oh razor blades and safety pins you look like a clown. What’s going down, It’s just the same old sounds, You know that energy has always been the drug for me . . . ”
Travers and the band set a relentless, pace on fast-paced rockers like “Runnin’ From The Future” and funky, blues-flavored numbers such as Gettin’ Betta”.
He’s joined by Thin Lizzy’s Scott Gorham for some lively guitar interplay on “Speakeasy”, and gets in plenty of flashy playing on an instrumental called “Off Beat Ride”.
Now that he has upgraded his material (all eight selections are Travers originals) to the point of respectability, there’s no doubt In my mind that Pat Travers is well on his way to a place of prominence in the hearts of hard rock fans everywhere.
Travers spent much of the latter part of 1977 in and, around. Toronto, which will serve as the base for a full-scale assault in North America, which should be starting up very soon. Here’s hoping that his extensive tour schedule will include his first-ever Winnipeg appearance.

CLICK ON THE LINK BELOW TO SEE MORE PAT TRAVERS PHOTOS & ARTWORK:
SEATTLE 2-23-78
and
PT ARTWORK BY BEN UPHAM III