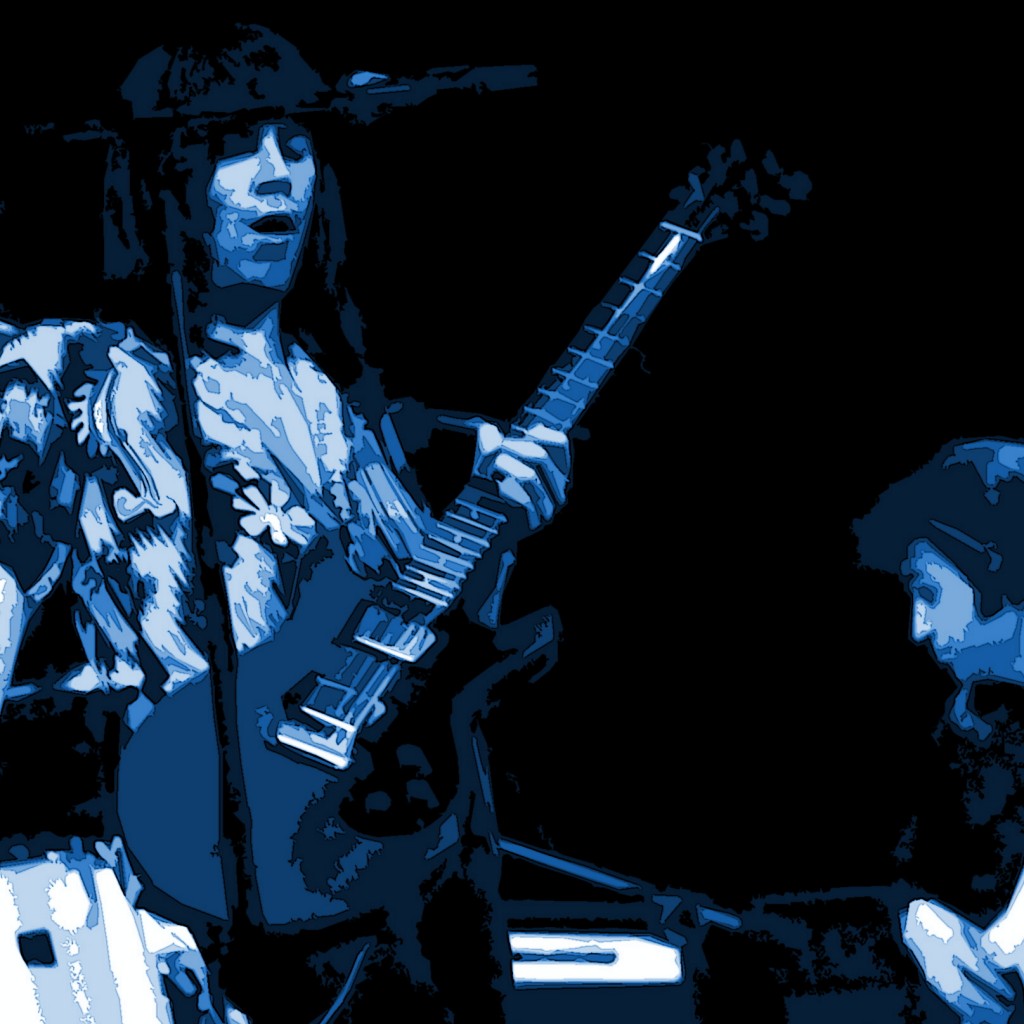 “You can’t deny them their rock and roll. It’s like something really sacred, which is great to see.” His black, shoulder-length hair drenched with the sweat of a rousing show. Canadian guitarist Pat Travers explains what it’s like to play for the great insatiable audiences of the American South.
Travers knows what they want, which is why this boyishly handsome 23 year old is being hailed as “the next guitar superstar”. Unlike much of the leaden-lick Buffalo-belch boogie which passes for music these days, Travers’ style is melodic hard rock — loping, yet wired with more red hot lines than Bell Tel. His playing possesses a fury arid finesse that rivals the likes of Jimi Hendrix, Jeff Beck, and Robin Trower. And while Travers says he’s been playing since the age of 12 after one listen you’d swear he entered the world with a six-string in his hands.
It was Travers’ riffing reputation as a teenager in Toronto that earned him an invitation to play with the legendary Ronnie Hawkins. But it was a romantic vision of London as a rock and roll city that attracted Pat. Sensing this, a friend gave him plane fare and an encouraging boot on the butt, and in 1975 Pat Travers made his move. Though he found London rather dreary, Pat’s inspiration was still intact. With the aid of yet another “angel ” he assembled a band and cut the demo tapes which secured him a contract. His first album on Polydor — Pat Travers— had immediate chart and press success.
Pat was off and running. With the help of bassist Peter Cowling {more commonly called “Mars”) Pat’s power trio gained a following for combining grit and grandeur despite rotating membership. But as a song from his third album — “Putting it Straight” — declares: “Life in London was bittersweet.” Finally afraid of stagnating on the British scene, Pat has coincidentally followed the Hendrix footsteps from England back to North America to find his fans.
Like his friend Ronnie Hawkins, Pat’s power center lies in the South with the descendants of the roadhouse rockers who cheered on Hawkins and his Hawks (today known as the Band). With the addition to his group of ex-Black Oak Arkansas drummer Tommy Aldridge, whom Pat declares to be “the best drummer in rock,” and a star in his own right judging by the audience response to his introduction, Pat’s got the band to back him as he puts America Straight. It’s a job that keeps him busy. Travers is planning to settle in Florida, but for now he says with a smile. “I’m nowhere. On the road and I have no place to live. I don’t have a house, or an apartment . . . a home; anything.
My girlfriend came in to New York last week from London, and she sold the car, packed up everything and let the apartment go. I keep leaving a trail of stuff wherever I go! I’ve got three stereos in various places, so — I want to buy a house this Summer. I don’t mind it so much because It’s gonna be over soon.”
The reasons for ending his wandering are simple. With an album that has a good shot at going gold, growing concert audiences and a talent that’s as natural as his easygoing manner, Pat Travers is as committed to his music as are his fans. You just can’t deny him his rock and roll.