Posted at 02:00h in BlogJams by Ben Upham
Share 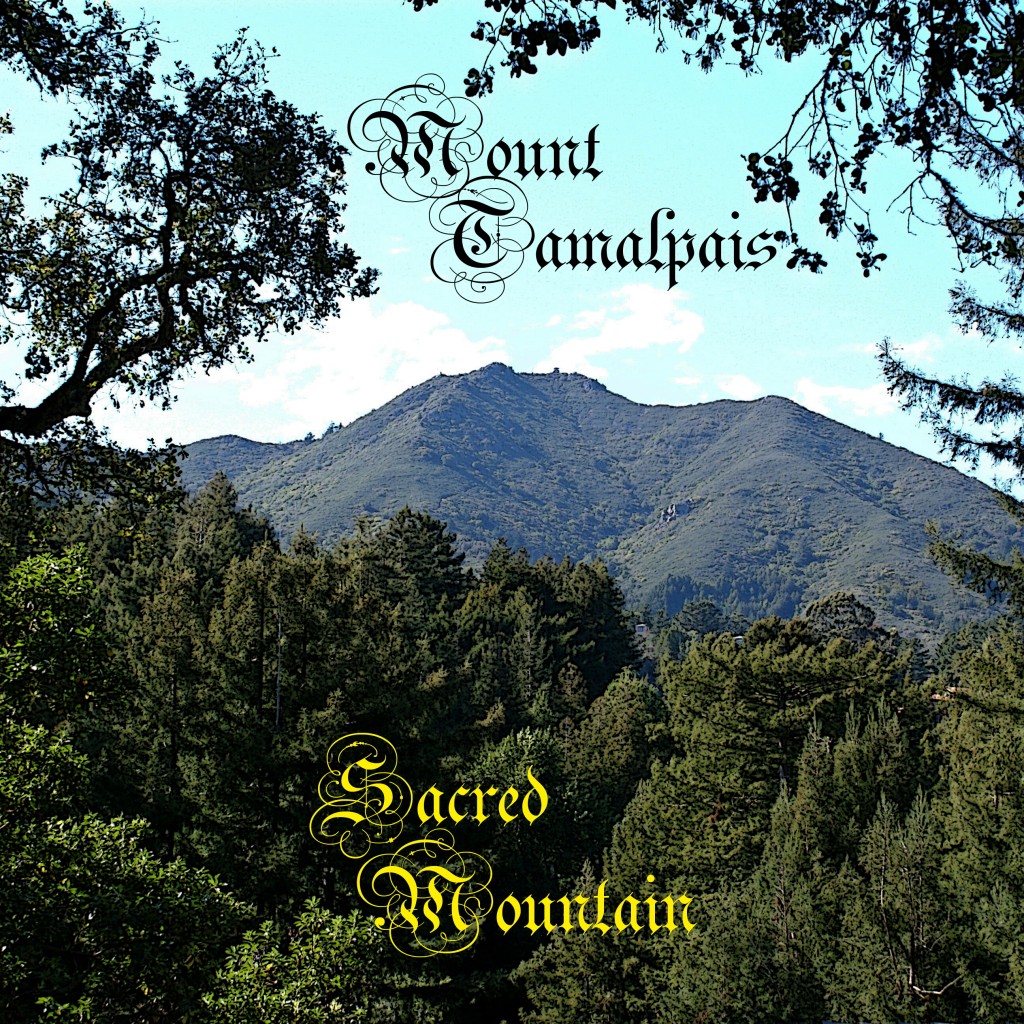 Mt. Tamalpais (2571′) in Marin County, California, from certain vantage points has always impressed me as the mirror-image, physically and geographically, as well as spiritual counterpart of the sacred mountain Arunachala (2668′) in southern India, whose clockwise circumambulation or giri pradakshina was highly praised by the sage Ramana Maharshi. Stones from Arunachala have actually been placed on Mt. Tam. Ramana and sages before him claimed that merely walking around Arunachala, the embodiment of Siva, or Consciousness Itself, was highly efficacious for Self-Realization. In fact he used to say that the benefits which can be gained by meditation and various other forms of mind-control only after great struggle and effort, will be effortlessly gained by those who go round the hill. No doubt this can also be attributed to the influence of the many saints and sages who lived there, and were even said to live inside the mountain.

Living nearby, Mt. Tam for me has a similar enigmatic attraction. A favorite long run or hike for me has been an 18-mile clockwise loop starting from the Crown Road trailhead consisting of Hookoo, Matt Davis, Coastal, Laurel Dell, Northside, Eldridge, Indian, and Evergreen trails. Go once around the mountain this way and you will become thoroughly drenched in its spirit. Many less ambitious loop options exist. Others may simply enjoy the 0.6 mile Verna Dunshee paved path around the summit, sending blessings in all four directions. Poet Gary Snyder first led a circumambulation of Mt. Tam in 1965. A new book, Opening the Mountain recapitulates this experience, hosted over 140 times by Matthew Davis since 1971, with ten way stations established for chanting and prayer. The route starts at Redwood Creek in Muir Woods and follows the Dipsea and Old Mine trails to Pantoll, Old Mine to Rock Springs, Ben Stein to Rifle Camp, Northside to Inspiration Point, up to the East Peak summit, then down the precipitous Hogsback/Throckmorten trail to the Mountain Home Inn and finishing with Ocean View back to Redwood Creek. The Dalai Lama and other spiritual figures have performed ceremonies there. Sant Kirpal Singh spent time in the grove at Muir Woods. Sant Rajinder Singh glanced up at Tam while passing through San Anselmo a few years back and said to a friend of mine, “you are very lucky to live here.” The reknown Swami Vivekananda hiked on Mt. Tam in the late nineteenth century, and Chogyam Trungpa Rinpoche allegedly remarked that it was the most spiritual spot of earth. It is truly an auspicious place with many secret places and hidden treasures. One of these is the Sitting Bull Rock on the Temelpa Trail, which has a plaque inscribed with an impassioned speech by the great Sioux leader. The badly scratched and faded 1993 plaque has recently been replaced with a new one by a devoted hiker. (For directions click here). Sitting Bull was tragically and prophetically killed by one of his own people after being rounded up by the U.S. cavalry for fear he would join in the rapidly growing “messiah” movement among the plains Indians involving the Ghost Dance. [On December 20, 2007, members of the Lakota tribes announced that they were withdrawing from all treaties signed with the United States federal government, some 150 years old, and were re-establishing their own country. Stay tuned.]

Many of the more precipitous routes up the mountain yield delightful surprises. I won’t spoil your fun of discovery by naming them all. Obscure sites for quiet contemplation await the avid explorer on East Peak Fire Trail, Hogsback and Indian Fire trails, although these are rated “extremely steep and marginal”, not recommended for descent except for diehard mountain goats, and the latter two are not listed on current maps. (There is no sign forbidding entry at the top end of Hogsback, but at the bottom at the Old Railroad Grade junction a sign warns to keep off to prevent erosion. It has been mostly a pile of rocks for years, however, the rain having washed away any dirt the occasional hiker might displace). Pablo Cassals broke his arm on Hogsback years ago almost ending his brilliant cello career! Nevertheless there is often an impressive “stupa” as you crest the top (mountain purists and religious fundamentalists sometimes tear it down, but I and others build it up), as well as other occasional surprises. In fact, reaching the summit of this steep trail you will feel you are in Tibet. The views are spectacular.