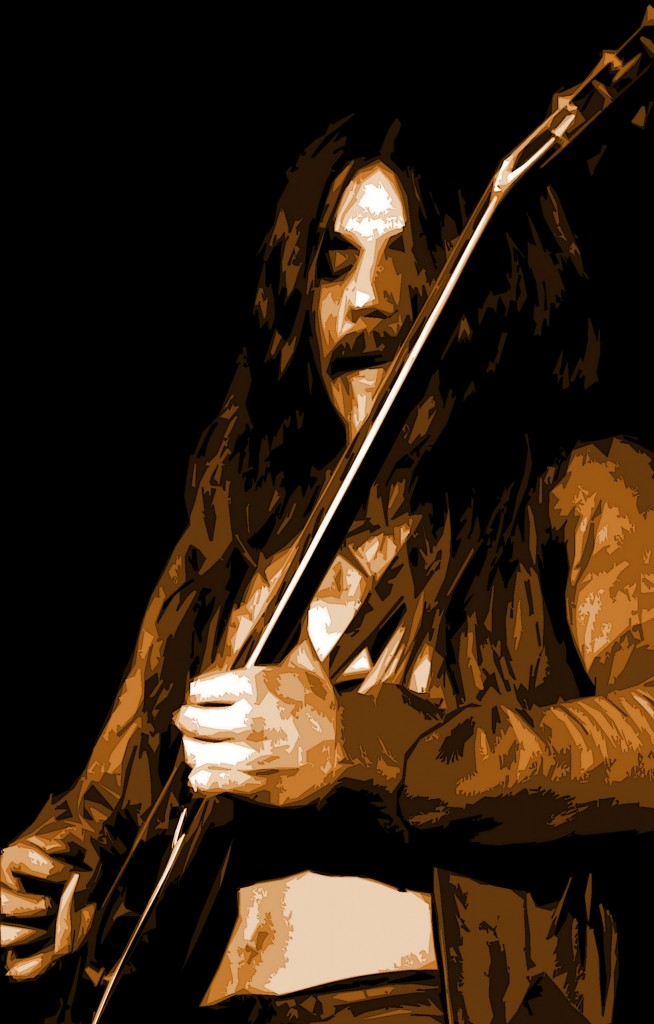 FRANK MARINO OF MAHOGANY RUSH ROCKING OUT IN MISSOULA, MONTANA ON 5-25-79. PHOTO BY BEN UPHAM.

Frank Marino and Mahogany Rush will begin taping a live album in Albuquerque at a concert featuring hard rock at a rock bottom price.
Mahogany Rush, Rex and Trooper will perform at Civic Auditorium, Wednesday, at 7i30 p.m. The concert is being presented by radio station KRKE and tickets sell for $1.94.
“We’ll be doing a couple tunes that nobody’s heard before,” Marino said in a telephone interview. The new material will be in a jazz-rock vein. Marino and Mahogany Rush are known for hard rock. Marino said that in the beginning he was influenced entirely by Jimi Hendrix but has since come under the influence of jazzmen such as George Benson and Chick Corea. “The new material is a combination of jazz and rock. I want to create something of my own. It won’t have a definition,” Marino said.
Mahogany Rush was formed in 1971 in Montreal. In addition to Marino who plays guitar, sings and writes all the group’s material, there is Jimmy Ayoub on drums and Paul Harwood on bass.
“There’s a big rock scene in Montreal, a lot bigger than in any other Canadian city.” Marino said. “At that time the biggest international groups were Pink Floyd, Genesis, Yes, that kind of rock group.”
Marino claims that at 14 he took 500 hits of LSD, he landed in the hospital and effects of the drug are still with him. The name Mahogany Rush was an attempt by Marino to describe his experience. “The name came from the experience I had using mind-expanding drugs. The name came before the band. It was what you might call a sensation or hallucination,” Marino said. That experience is the root of Marino’s music. “I’m trying to recreate them (the drug experiences). I’m trying to recreate the realizations I had from them,” Marino said. He hasn’t taken LSD since that experience at 14, He told an interviewer once, “One day I realized this was not good — there was no way I could take it.”
Rolling Stone calls the latest Mahogany Rush album “World Anthem” (Columbia PC-3-1677) an exercise in contradiction, and therein lies its major strength. On the one hand we have the sheer nastiness of Marino’s guitar, while on the other (somewhat buried underneath sheaths of unnecessary production) Marino’s lyrics proclaim eternal love and hope.”
The band’s name was changed from Mahogany Rush to Frank Marino and Mahogany Rush to avoid confusion with those other hard rockers Rush. Marino said the confusion was usually to the disadvantage of Mahogany Rush.
When not performing, Marino enjoys racing stock cars around Montreal. He said, “When I’m behind the wheel of a supercharged car, I can forget about everything.”