Posted at 15:03h in BlogJams by Ben Upham
Share 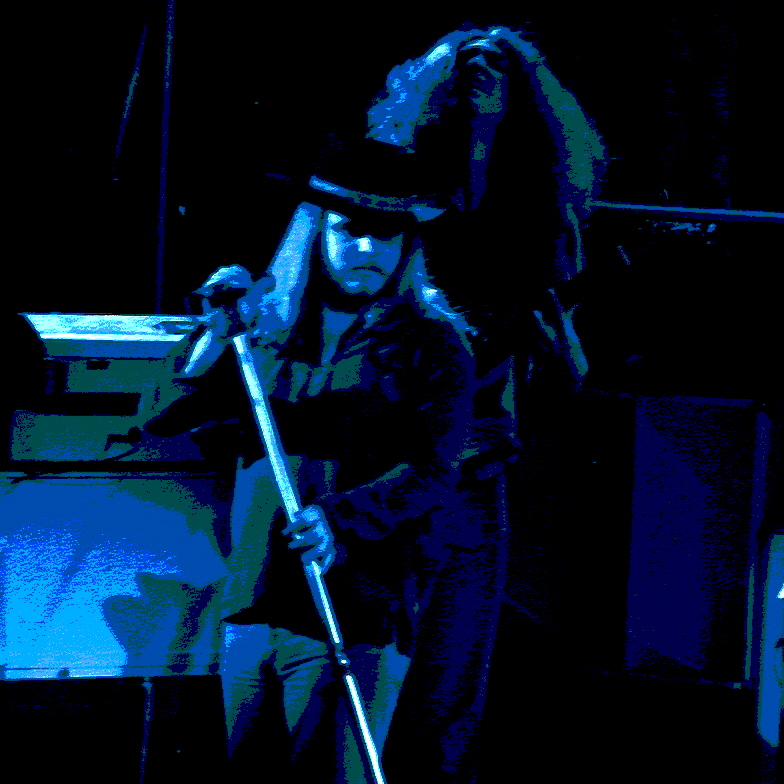 My “Second Helping” of Live Lynyrd Skynyrd came just 5 months later at the “Day on the Green” put on by Bill Graham in Oakland, Ca. on September 20, 1975. The lineup was Earthquake, Climax Blues Band, Lynyrd Skynyrd, Johnny Winter Band, Edgar Winter Band and then Johnny Winter & Edgar Winter together. The Charlie Daniels Band was supposed to play on this bill as well but canceled.

It was a beautiful Fall day, a bit windy, but overall rather nice conditions. Earthquake Rocked, and Climax played some really good Blues, but it was nothing close to what we would get from Skynyrd or Johnny Winter. Although Skynyrd played nearly the same set as they had at Winterland in April it sounded very different. Billy Powell was with the band this time so I got to hear the songs live with the keyboards, which was nice, but also Ed King had left the band, leaving all of the guitar solos to Allen and Gary. Although they were very capable I must admit that I missed Ed’s musical contributions to the band, especially on “Sweet Home Alabama”.

There was a huge crowd at the Oakland Coliseum, you can see a picture of that very crowd on the back cover of Johnny Winters 1976 album, “Captured Live”, and if you look real close you will see a banner in the bleachers (just above Floyd Radfords head) that says “Free Bird” on it.

I have heard that there were 80,000 in attendance that day. The band was received well and the crowd responded with mass approval after each song. I think that the only song they added to the set was “Simple Man”, which was fine with me.
“Free Bird” was awesome again, especially seeing it outdoors, and I couldn’t imagine how Johnny Winter was going take the stage after that…But…He did and he was amazing! They actually held their own quite well, with Johnny and second guitarist Floyd Radford playing a blistering set of Rocking Blues. You can hear part of their set from that actual show on the previously mentioned Live album, “Captured Live”. The Edgar Winter set and the Johnny & Edgar Winter set seemed rather lackluster in comparison.
At that concert I did have my telephoto lens with me and I got some very cool shots of both Skynyrd and the Johnny Winter Band.
Click here to see my Photos from this show

**************
My third Skynyrd experience took place back at Winterland again on March 6, 1976. The band had just released their fourth album, “Gimme Back My Bullets” and I was anxious to see how they sounded doing the new songs live. I was also really excited because the opening act for this show was the Outlaws! For this show I opted to sit in the balcony , front row of course, hoping that I could get some better pictures than I could from the rowdiness of the crowd down on the floor. The show was excellent. The Outlaws were a perfect band to have open for Skynyrd. Similar only in the overall musical effect, not an imitation in sound by any means. Outlaws had their own show-stopper in their song, “Green Grass and High Tides” which tore the roof off of the place, allowing us to see Skynyrd under the stars!

The show started off pretty much in typical fashion with MCA and I Ain’t the One…Then Ronnie saying his “Good, Good Evening” to us. But then it started to change as we were treated to some brand new songs off “Bullets”. They charged in with “Cry for the Bad Man” which was really nasty good and featured the new back-up singing Honkettes, Leslie Hawkins, Cassie Gaines and Jo Billingsley. The Winterland audience showed their appreciation and the band followed that with an all-out Rock & Roll assault that was “Saturday Night Special”…After which Ronnie said, “Now we’re gonna try some more of the new stuff out on ya”…That’s when we were treated to “Searchin”, “Same Old Blues”, and the title track, “Gimme Back My Bullets”…All three sounded great and the show was really picking up steam.

From here they kicked things into high gear with awesome renditions of “Tuesday’s Gone”, “Needle and the Spoon”, “Gimme Three Steps”, “Call Me The Breeze” and “Alabama”…The Winterland arena was as hot as a Fox in a Redwood Forest Fire…So Ronnie says, “Lets bring out our buddies Hughie and Billy from the Outlaws for this next song”. They proceeded to jam out extensively on “T for Texas” with Hughie, Billy, Allen and Gary all getting to show their stuff! Then the band left the stage and you know what happened next…Audience stomps and yells for about 5 minutes and then the band is back out for “Free Bird”…
My third “Free Bird” live and it was another fine version. Once again taking the whole show to an incredible high climax that left everyone there feeling damn good. The photographs that I shot at this show are some of my best pictures of Skynyrd, and one of them even got published in the booklet that came with their 1991 3-CD Box Set. I also shot a roll of color film during “Free Bird”. Once again Skynyrd knocked the ball way out of the park!
Click here to see my Photos from this show