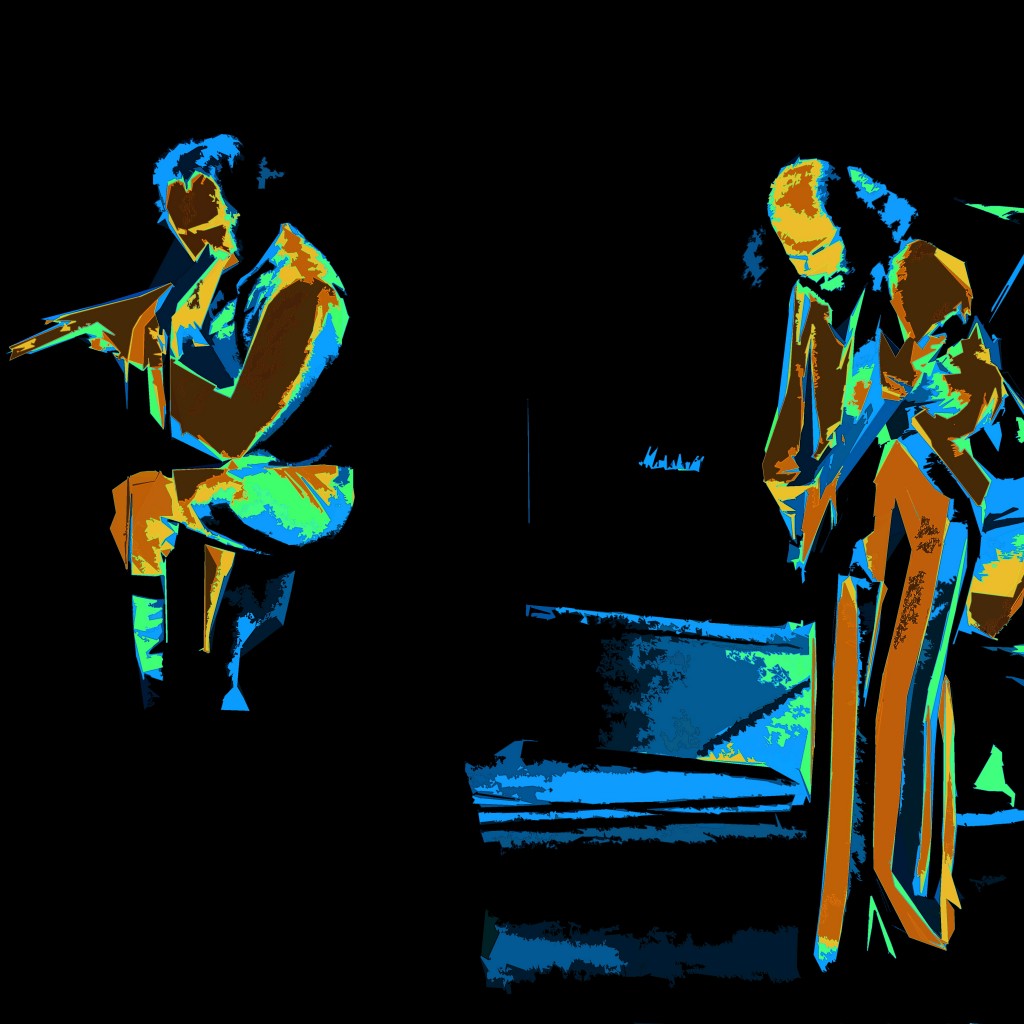 “Thick As A Brick,” Jethro Tull, Reprise, MS 2072…
“So you ride yourself over the fields, and you make all your animal deals, and your wise men don’t know how it feels, to be thick as a brick.” It was exactly a year ago this month that the wild band of Britishers known as Jethro Tull invaded the Salt Palace for a fantastic concert. It was during this visit that I had the opportunity to visit with the head Tull. The famous, one-legged flautist, Ian Anderson.
During that interview (printed in two parts, June 11 and 18 of last year in the IX Section) Ian and I were discussing what would follow the total success of “Aqualung.” One of the possibilities, he mentioned, “was doing an extended piece of music, covering the whole side of an album. And by George, he’s done it. And not just one side, but both sides of an album plus all of a 12 page newspaper, which makes up the cover. Impressed? Overwhelmed is the way I reacted. The damn thing is a masterpiece.
ENGLISH NEWSPAPER.
Critiquing this album seems almost as much of an undertaking as the conception must have been. To start with the cover, as mentioned, is a full 12 page English newspaper, “The St. Cleve Chronicle and Linwell Advertister.” The town and the cast of characters which continually pop up throughout the paper are nothing, but the product of Anderson’s fertile imagination. But it does take a good second glance to realize that.
The theme of the lead article, of several articles and ultimately tied to the album itself, is the story surrounding Anderson’s imaginary 8 year old literary genius. Gerald “Little Milton” Bostock, and his epic poem, “Thick As A Brick.”
It seems that Gerald’s poem was judged first and slated for a prize when it was disqualified by the St. Cleve District Art and Literary Society for “… an extremely unwholesome view towards life, his God and Country.” All this supposedly caught the eye of Anderson and he” wrote the music for the poem and hence the album. The record label even credits Gerald Bostock with Anderson as co-writers.
Within the newspaper we find that 8 year old Gerald is also implicated in the pregnancy of his some time, co-poet Julia Fealy,14 seated so daintily on the cover.
There are also the usual stories of UFO sightings, demonstrations, accidents, marriages, general news and advertising. But none of this is exactly what you’d see in a real newspaper. One of the ads for instance is for Brooks Travel Agency. It claims tours to America, Europe, Japan and Australia under the direction of Eric Brooks, director. It happens that Eric Brooks is their road manager and thus responsible for all the bands travel arrangements.
FAMILY FUN PAGES.
There is even a section of “Family Fun Pages” made up of one page, which contains an unsolvable crossword puzzle and a children’s “connect-the-dots” puzzle, which when connected turns out to be rather adult. Then there is the TV section full of terrible puns and such programs as “Silent Prayer . . . Billy Graham” and “News . . . Repeat.” And how about a radio, log with a “Not in colour” notation beside several programs.
There can also be found a society section, sports, classifieds,
editorials and a feature length story on World War II. As I mentioned, characters in stories, say on page two, seem to feel free to pop up several times in the course of the paper. Like a repertory theater cast. Max Quad pops up as does a gentleman named Derek and a disappearing non-rabbit. There are also several references in the music itself to articles in the paper.
All in all, the entire packaging job is incredible and will wile away many idle hours for you, if you care to try and figure it out. Typos and all. But so much for trivialities.
TO THE MUSIC…
If you think the cover sounds complex wait till you try the album, itself on for size. No Cut Editing. The music you hear on the radio has been divided into edits by some bright eyes at Reprise so that the DJ’s don’t go buggy trying to decide where to start and stop when playing the album. The divisions are rather arbitrary and the copy you buy will not have them so all in all it’s kind of confusing when trying to discuss certain parts of the record. . .
“So what is ‘Thick As A Brick’ about?” you ask. “I was afraid you were going to ask that.” I see no way of knowing for sure unless I get a chance to ask the author when he is in town this trip. (Jethro Tull will be appearing June 28 at the Salt Palace at 8 p.m.).
One reviewer compared “Brick” to Eliott’s “Wasteland”, a comparison I don’t feel it warrants. But there sure is a lot to this thing. The more you read it and listen to it the more you get out of it.