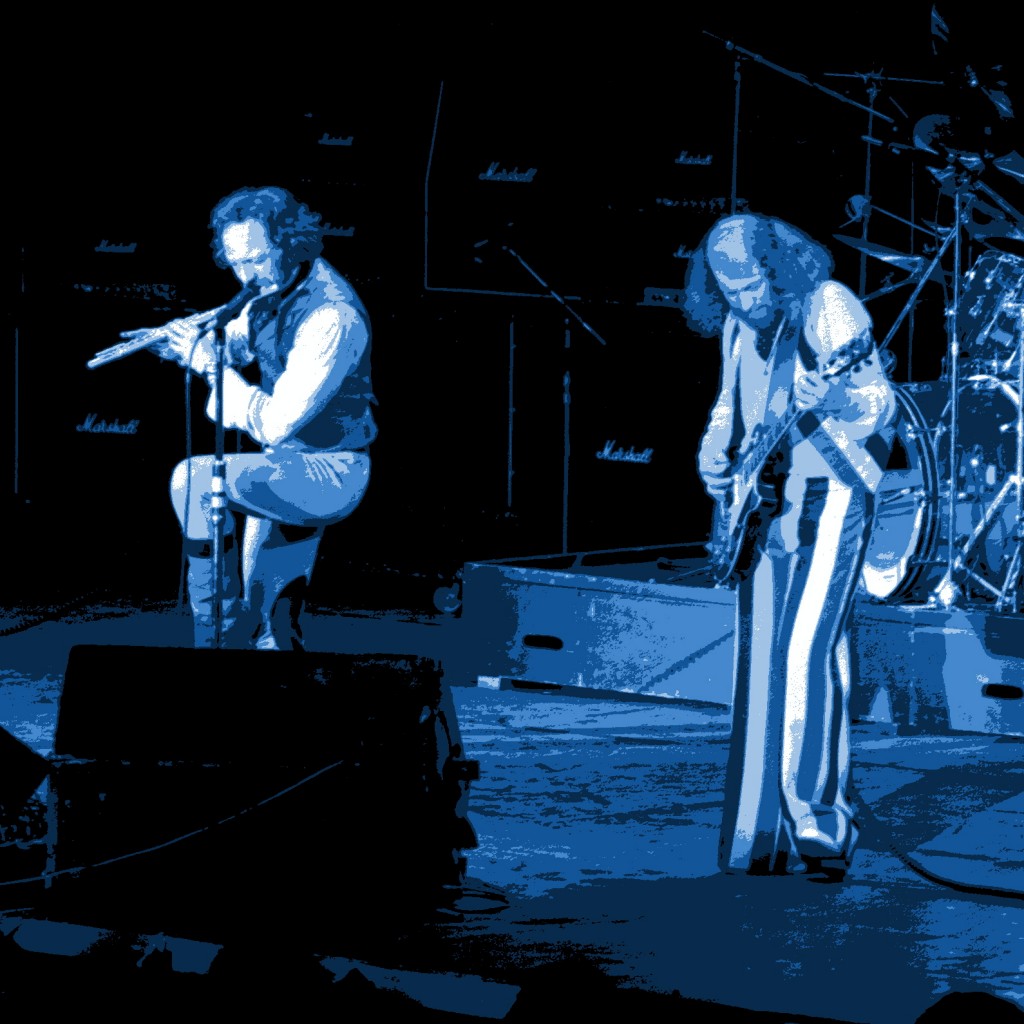 JETHRO TULL — “Songs From the Wood” (Chrysalis, CKR1132).
One of the more durable rock performers around, Ian Anderson, mainstay of Jethro Tull, adds a new twist to a reliable formula in this, their 12th album. For the most part, the result is a very effective, listenable effort. Also, for the most part, it’s still strictly Jethro Tull. If you liked Jethro Tull in 1967, you’ll probably like Jethro Tull in 1977.
Elizabethian in nature, the cuts from “Songs From the Wood,” musically are not much different, than those in “Aqualung,” one of Tull’s more successful albums made six years ago.
Anderson still carries Jethro Tull with his distinctive voice, acoustic guitar, mandolin and, of course, flute. The songs written by Ian Anderson also prove he’s not the best lyricist around. He’s not bad, but he remains on the obscure side.
But Jethro Tull is Ian Anderson.
Although the names of other Tull members have changed considerably in the past decade, it really doesn’t make that much of a difference. Yet, this album does mark some changes in the Tull direction. For instance, four-part harmonies give the songs even more of an Elizabethian aura than in the past. Especially in the title cut, probably the album’s best offering. On that cut, a choir-boy-like chorus gives the song a haunting flavor. The lyrics set the tone for the rest of the album: “Let me bring you songs from the wood to make you feel much better than you could know… It’ll make of you an honest man.”
Always prone to make albums follow specific themes (e.g., “Thick as a Brick”), Anderson supposedly sequestered himself in his country home outside of London to write this album. The result is an outdoorsy collection with themes of the rustic environment. Only “Ring Out, Solstice Bells,” a Christmas song left over from a complimentary holiday Tull album, strays
from the general premise of life in the fields with the pheasants.
Along with “Songs From the Wood,” other strong tracks include “Fire at Midnight” and “The Whistler” in which Anderson breaks out into an almost-Irish jig with his flute.
Generally contributing a lot of smooth sounding backgrounds with acoustic guitar, synthesizers and organs, Tull gets involved in an electric mumble-jumble only on “Pibroch (Cap in Hand).”
*******************************************************************************
“Green treasures”
April 14, 2003 By Ole Skipper (Aarhus, Denmark)
Nature was always very present in Tull’s music – with Ian Anderson’s rich fluteplaying evoking images of wide open spaces, joyous rides across green fields, and perhaps slightly ironic but nonetheless real inclinations to go “living in the past”.

On “Songs from the Wood” Ian Anderson – inspired by recently moving into the countryside – seems to transform himself into the Green Man of British folklore, roaming through mythical forests, high on Nature’s juices and testosterone.

The resulting album hardly needs any recommendation – it is an acknowledged and flawless masterpiece, as fresh, magical and intoxicatingly original today as when it was recorded some 25 years ago.

I realize this is only one man’s opinion, but I do believe Songs From the Wood is Jethro tull’s finest hour. I can’t think of a more cohesive, complete album by Tull (with the possible exception of Aqualung).Inspired by Ian Anderson’s move to the country, the album rings with good will. Even a potentially depressing song as Velvet Green has merit. Lyrically it’s depressing, musically, exciting.

Ring out, Solstice Bells is my favorite song on this album, and the fade-out with the bells ringing is beautiful. Barrie Barlow shows his stuff on these songs. What a magnificent drummer he is!!Listen to Hunting Girl and pay attention to the drumming on that particular number. It doesn’t get any better than that.

My wife and I saw Tull two years ago and even after nearly thirty years the pieces from SFTW drew the most excitement from the crowd; and from Ian! He got into Velvet Green as if it was the first time he’d played it. GREAT CONCERT!

In Ian’s own words found on the booklet that accompanies Songs From the Woods: “….one of the best ever Tull albums in my opinion.”

The orchestration on this record is so thick and precise that it boggles the mind. I listen to a lot of classical and jazz of all sorts and this recording spanks most others when it comes to the sheer density of the orchestration. There is very little unused space on this album. This recording is not for those seeking minimalism or laid back sounds. Instead it’s for when you are in the mood to have your mind blow away by incredibly precise musicianship and compositional inventiveness. Someone mentioned in an earlier review that the instruments sound like they are clashing. They are not clashing, but contrasting in such a complex way that to anyone accustomed to sparse instrumentation(often found in pop) the meaning of these compositions will be lost.

This is very unique music and will probably be most attractive to jazz-fusion and prog-rock fans as well as to the more open-minded classical fans. Even though it has the “celtic folk” flavor I don’t think that anyone with a “soft” ear will like it; ie folks that are into soft, new-age celtic. This is NOT anywhere in that style. This is heavy music and those who don’t like progressive rock will probably find this album very instrusive.