Posted at 12:30h in BlogJams by Ben Upham
Share 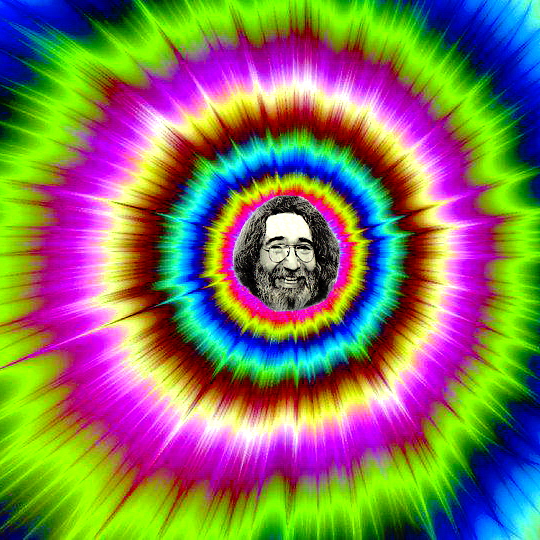 REVIEWS:
#1-
“Cause for Celebration” by John Stodder
May 11, 2005
With the release of Jerry Garcia’s first solo album on CD for the first time in many years — complete with a wonderful remastering and a generous supply of alternate takes (really more like demos, but they are well performed) — it is now possible to hear all the best of the Jerry Garcia/Robert Hunter collaboration. For about three years, these two turned out some of the most beautiful, evocative songs about America ever written. From “Workingman’s Dead” in 1970 through “Wake of the Flood” in 1973, Jerry and Bob filled the album tracks with portaits of working men, gamblers, gunfighters, visionaries, lovers and losers, and crafted a mythical vision of the American soul that is only rivalled in artistry by The Band, and that would make Mark Twain smile. All of this set to the most gorgeous melodies and inventive musicianship that reflected the fullness of the American folk, country and blues traditions, while maintaining an experimental edge.

Long unavailable, “Garcia” features some of the best songs and richest performances from this fertile period. Garcia plays all the instruments except for drums, and takes full advantage of the freedom the solo format gave him. Some of the tunes sound much like the Dead–“Sugaree” and “Deal” could have fit easily on “American Beauty”–but he becomes a musical painter on other cuts like “The Wheel,” “To Lay Me Down,” and “Loser,” which feature layers of guitars and piano. The album also has a few instrumentals, some of which seem like stoned noodling, but at least one of which is a fine song, “Eep Hour.”

The demos are thoroughly enjoyable, but they are similar performances to the official versions, with the layers of instruments stripped away. It’s not why you’d spend money on this disc.

If you are a fan of “Workingman’s Dead,” “American Beauty,” or “Europe ’72,” then you will be thrilled to hear “Garcia.”
#2-
“Great under-rated album full of classic Garcia/Hunter songs”
by R. Hutchinson
July 21, 2005
This album contains several classics of underground radio (The Wheel, Sugaree, Deal), but I wonder how many people have ever heard the whole thing? It belongs right next to the Grateful Dead’s WORKINGMAN’S DEAD and AMERICAN BEAUTY, their turn to folk/blues, as well as EUROPE ’72, which contains several great Garcia/Hunter songs from the same period never recorded in the studio (much to Robert Hunter’s regret). In addition to the three mentioned already, GARCIA contains Bird Song, Loser and To Lay Me Down, so the album includes SIX of the best songs Garcia and Hunter ever wrote! But GARCIA is more than just a collection of great songs, the whole is greater than the sum of the parts. After the first side’s conventional bluesy songs (with the exception of the haunting, bittersweet Bird Song), the second side gets DEEP. Late for Supper is the ominous opening of some sort of bad trip. Spidergawd features the recorded voices of newscasters talking about real-life apocalyptic events related to the potential for nuclear war. EEP Hour is a strange and beautiful instrumental with Garcia on piano, organ and pedal steel, which leads into the sad and nearly terminal To Lay Me Down, a memory of lost love. I believe this song offers as clear a glimpse into Garcia’s troubled soul as he ever recorded, though the feelings are universal. Finally, An Odd Little Place represents a turnabout, back toward the light.

And then, with a bang, comes The Wheel, redemption through grace! (The lyric includes the line “big wheel turn by the grace of God,” which of course is from Ezekiel.) The song is powerful, and euphoric enough on its own, but only by listening to it at the end of this album do you realize its full implication. 1972 turned out to be the last year of the 1960s. Garcia and the Dead kept truckin’ for many years, but they could not totally defy the shift in the times. This album is one of the last transmissions from that utopian moment, the counterculture dream, filled with the recognition that it was passing…

This Rhino reissue disc is nicely done. The only thing missing from the old 1988 CD release is the lyrics. But on the plus side, the booklet notes are by none other than Robert Hunter, and he describes how he came to write those lyrics. Also, there are six photos of Jerry in the booklet in addition to the one with his eyes closed that was included with the original vinyl release — that original photo is in the inset under the disc. One of the best of the added photos shows Jerry playing pedal steel in the studio. Another nice touch is restoring the “computer” font from the original vinyl to the spine of the jewel-box. As for the bonus musical material, unfortunately there isn’t anything really fantastic. None of the alternative takes are very good. The best are tracks 17 & 18, a studio jam with Jerry and Bill, and something called “Study for ‘The Wheel’.”

See my complete lists of Dead recordings on this site for 1968>1969 (PRANKSTERS & OTHER ONES), 1970>1972 (COSMIC COWBOYS), 1973>1974 (EYES OF THE WORLD), and 1975>1977 (ESTIMATED PROPHETS). I’m gradually reviewing my picks of the Dick’s Picks, so look for those as well.
#3-
“A Brilliant Yet Dirty Gem Of An Album”
by Mike
May 19, 2006
“Garcia” offers an interesting counterpoint to Bob Weir’s “Ace”. Where “Ace” offers mostly straight-laced tunes, “Garcia” offered more experimental arrangements. It would be hard to imagine a song with such celestial soundscapes like “Bird Song” or “The Wheel” on “Ace”.

This album features 6 songs that were assimilated into the Dead’s Live Reportoire.

“Deal” and “Loser” are songs very relative to those on “American Beauty” and “Workingman’s Dead”, which deals with people living the hard life, in this case, gamblers.

“Bird Song”, a tribute to Janis Joplin, is filled with a smattering with guitars and organ that just echo a certain pain that Garcia must’ve felt.

“Sugaree” is somewhat based on an old folk tune with similar titles. This song probably has the sparsest arrangement on the album, with only acoustic guitar, bass, drums, and electric guitar fed into a Leslie Speaker.

“To Lay Me Down” is subliminal in it’s subject matter. It could be about lost love, or the death of the 60’s dream, choose your own interpretation.

“The Wheel” however feels like a solution to the pain and suffering presented throughout the other songs. But the solution could be different for everybody.

The other songs on the album are little snippets of electronic sound experiments that bridge between the 2 sides of the album.

“Late For Supper” and “Spidergawd” work well as an introduction to “Eep Hour”. “Eep Hour” being an instrumental “song” on the album, it works well as transition back to Earth for “To Lay Me Down”, but for some strange reason, there’s no bass in the song. The only bottom end one hears is Kruetzmann’s bass drum, but it’s just not enough? How come there isn’t any bass, did Garcia ever get asked about it and have a good answer for it? ‘Cause I’d Like To Know.