Posted at 23:30h in BlogJams by Ben Upham
Share 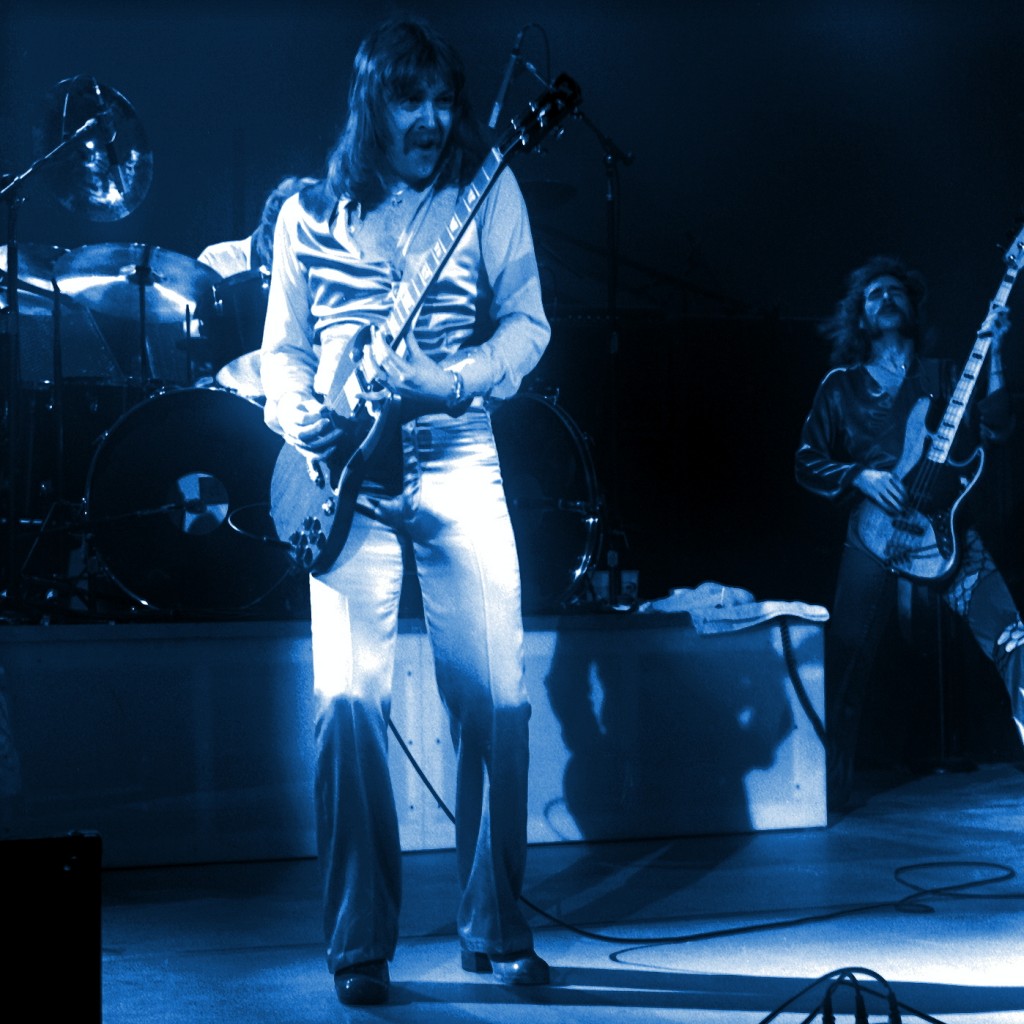 “We’ve been so lucky,” says lead guitarist Rod Price of Foghat, as the group’s latest album. “Night Shift” goes gold, “that it’s almost boring.” There were a few rough patches in the road when the heavy metal, good-time music quartet started, but Price and drummer Roger Earl don’t want to stress them, even to liven up a possibly boring account of their rise to success.
“I DON’T want to talk about negative garbage,” Earl says. “Let’s talk about all the good stuff that makes us wake up with grins on our faces and bells ringing in our ears.”

Foghat got started in 1971 when Earl and lead vocalist and guitarist Dave Peverett left Savoy Brown in England and decided to form a new group. Price knew them from playing on the relatively small English “clubs in pubs” circuit, auditioned and was taken on. Present bassist Craig MacGregor is the only American, replacing Nick Jameson who replaced the original Tony Stevens.
THEY took their Savoy Brown earnings, made an album, and got an American manager, Tony Outeda. He sold the album to Bearsville, an American record company they’re still with. Then they went on a two, week English tour with Captain Beefheart, this is a rough patch in the road—and bombed. Earl says, “We hadn’t played on stage in one and a half years. We’d immersed ourselves in a country atmosphere of rehearsing and recording to get a great album. We’d sort of lost touch with playing live; that takes a lot of playing and a lot of sweat.” Price wanted to be in Foghat because unlike the soft sounds of James Taylor which were sweeping England at that time, “We’d all been playing Chicago type blues. That’s our whole roots. To this very date it is still very strong within our music.”

Since Foghat didn’t hit big with records until 1975, it spent some time as an opening act for star rock groups. Price says, “We were the hottest opening act in the business, and the highest paid. We were continually on tour. We’d finish with Johnny Winter and then do a tour with Humble Pie while Johnny was having a vacation. When you’re rolling, why stop?
“Now we can help bands. We want to get the strongest opening act we can find. It pushes us. We were doing that to the other bands, before. The opening act rocks the place and then the star band has to come out and follow that.”

Price and Earl say they don’t like to make records but they do like to play music in front of an audience. “It’s because we’re so proud of the band,” Price says. “To get out there is just like saying, ‘Hey, listen to this. We know how good it is. “I just wanted to play. It is a bonus that we can do it in front of a lot of people. It’s the biggest rush you can have. How can you describe 10,000 people out there yelling for you? Ecstasy! A feeling of being wanted.”

They’re a band, not a soloist with backup musicians, the two say. When they’re on stage, if one isn’t feeling well, the other three play harder. And because of that. Price says, “In all the years we’ve been together we haven’t had a catastrophe where everybody played bad and we went down extremely bad.”
AND WHERE DID THE NAME FOGHAT COME FROM?
It seems that Peverett, when he was 10, was playing Scrabble with his brother, insisted it was a real word, the name of a hat to wear in the fog. It is not recorded whether his brother accepted it as a word at that time. IT IS NOW…

CLICK ON THE LINK BELOW TO SEE FOGHAT PHOTOS & ARTWORK:
SPOKANE 2-2-77
AND
FOGHAT ARTWORK BY BEN UPHAM III