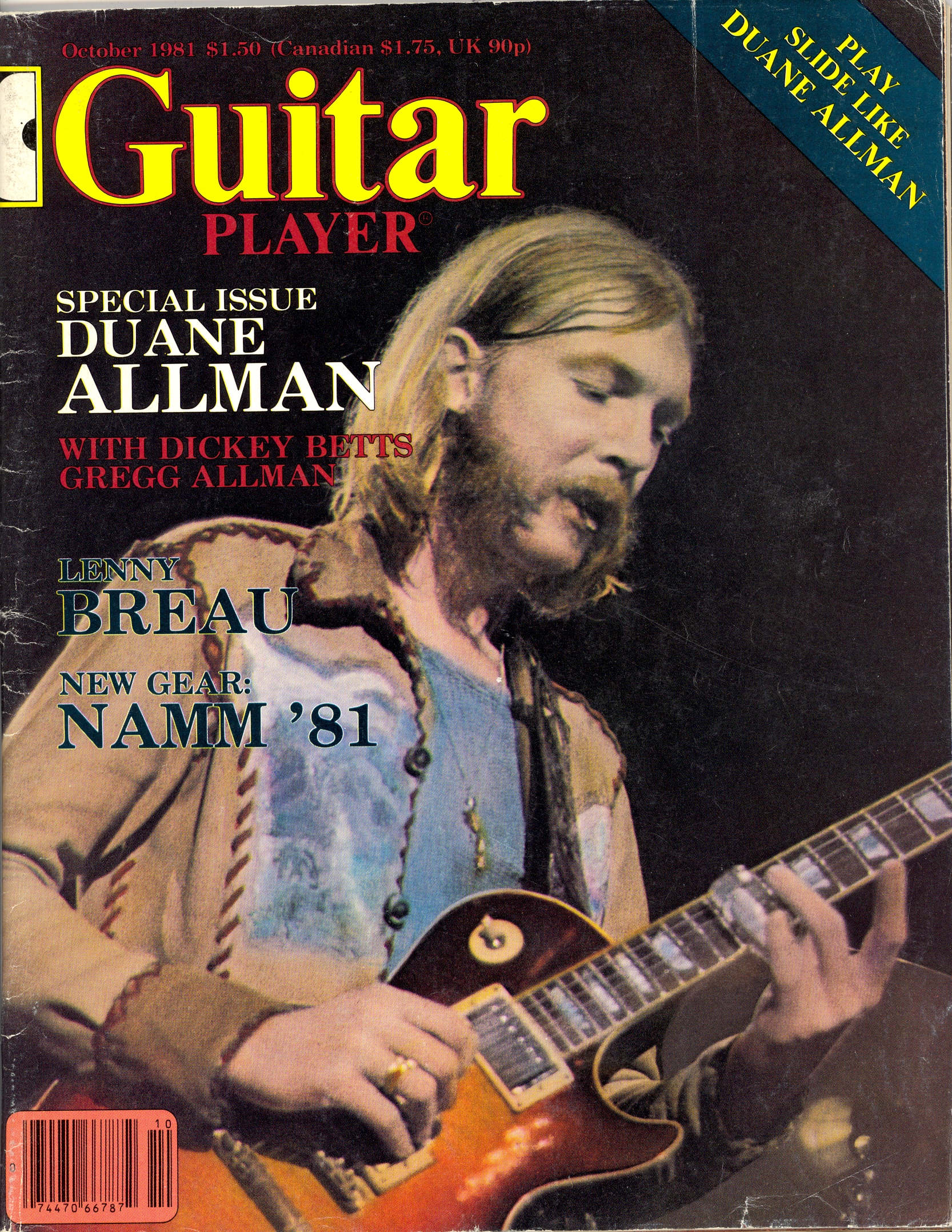 During an amazingly fertile five-year recording career, Duane Allman metamorphosed from a teenager struggling for a psychedelic sound to the foremost slide guitarist of the day. Ten years later, the importance of his greatest work, the Allman Brothers Band’s classic At Fillmore East and Eat A Peach, Derek & The Dominos’ Layla, and a handful of studio R&B and rock tracks-remains undiminished. Duane mastered bottleneck guitar as no one had before, applying it to blues and taking it to a very melodic, freeform context. He brought the style new freedom and elegance, and for many he is still considered the source for blues/ rock slide.
As the founding and spiritual father of the Allman Brothers Band-surely one of the best rock acts of the era- Duane became the figurehead of a musical style known as “the sound of the South.” With the Allman Brothers, he carried a deep-felt love for his native music-especially that of black bluesmen-to a rock audience, just as British guitarists had a few years earlier. Having learned his blues-based playing first-hand in the South, Duane had a more authentic feel than many contemporaries who had learned only through records. With co-lead Dickey Betts, Allman also helped popularize the use of melodic twin-guitar harmony and counterpoint lines.
Fortunately, Duane’s playing is documented on close to 40 albums, many of these studio projects done as lead guitarist for the Muscle Shoals rhythm section. As a sideman, Allman added a compelling, natural feel and distinctiveness to whatever he played on. (A good sampling of his studio work was released by Capricorn as Duane Allman: An Anthology and An Anthology, Vol. Il.) According to Jerry Wexler, who as VP for Atlantic Records used Duane on many sessions, “He was a complete guitar player. He could give you whatever you needed. He could do everything-play rhythm, lead, blues, slide, bossa-nova, with a jazz feeling, beautiful light acoustic-and on slide he got the touch. A lot of slide players sound sour. To get clear intonation with the right over-tones-that’s the mark of genius. Duane is one of the greatest guitar players I ever knew. He was one of the very few who could hold his own with the best of the black blues players, and there are very few-you can count them on the fingers of one hand if you’ve got three fingers missing.”
Friends describe Duane as an inspiration, a proud, likable man whose presence immediately drew attention and whose artistry profoundly influenced those who worked with him. He was an original, as unafraid to take chances onstage as he was in other sides of his life. By all accounts, he lived for music and the pleasure his playing brought people. During the ten years since his tragic death at 24, Duane has become one of the legends of guitar.

Hour Glass returned to the South and drifted apart after a few engagements. Duane and Gregg jammed with various bands and worked as paid sidemen on an album their drummer friend Butch Trucks was cutting with 31st Of February. The original project was never released, although nine poorly-recorded 31st Of February outtakes with Gregg singing were released by Bold Records as Duane & Greg Allman. Of special interest here is the only legally-released version of “Melissa” featuring Duane, one of his earliest recordings with a bottleneck. Even then his slide parts were lyrical, clearly enunciated, and sophisticated.

Gregg went back to LA in 1968 to fulfill contractual agreements with Liberty, and Duane started jamming in Jacksonville with bassist Berry Oakley, who was in a lineup with Dickey Betts called The Second Coming. He moved in with Oakley until Fame owner Rick Hall, remembering the Hour Glass dates, sent him a telegram inviting him to participate in Wilson Pickett’s November ’68 sessions. Allman came up, and suggested that Pickett sing “Hey Jude,” which eventually became the LP’s title track and sold a million singles. According to Wexler, Duane’s contributions to the tune were a dazzling departure from the usual R&B sound. The guitarist also splashed effecient blues solos on “Toe Hold” and “My Own Style Of Loving.” Pickett’s “Born To Be Wild” put his psychedelic training to good use. 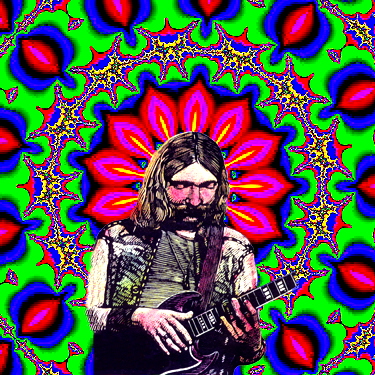