Posted at 04:00h in BlogJams by Ben Upham
Share 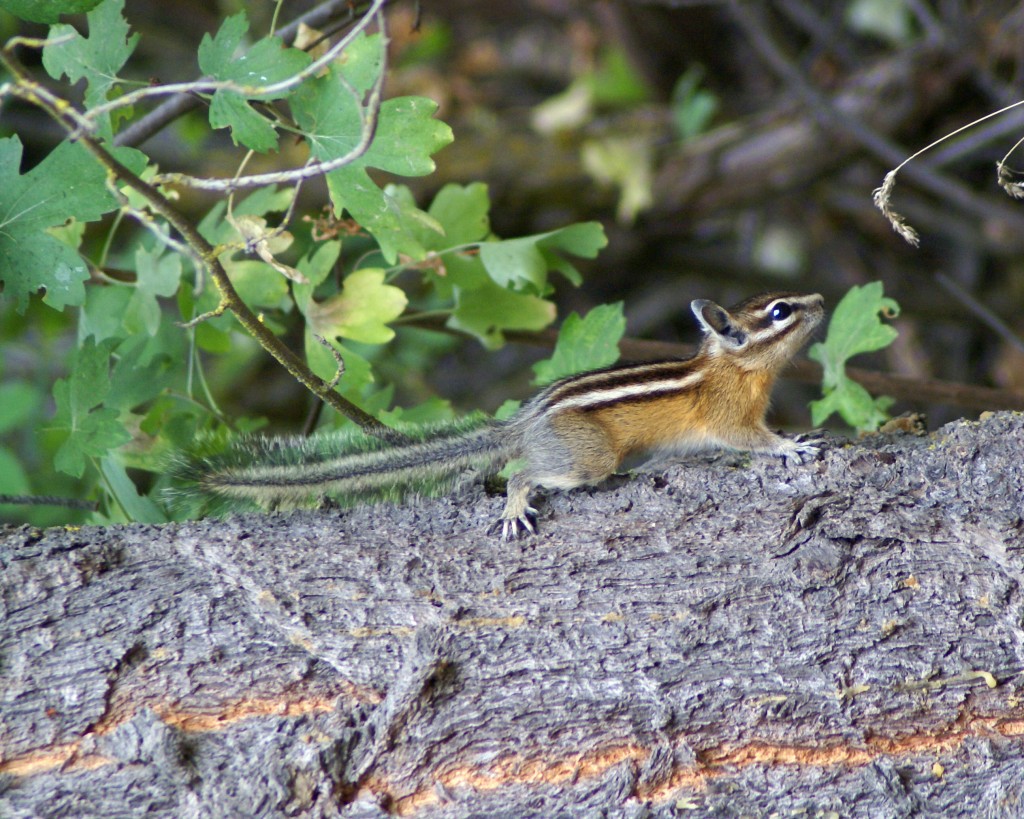 A CHIPMUNK NEAR SPOKANE, WA. PHOTO BY BEN UPHAM

CLICK ON THE LINKS BELOW FOR MORE CHIPMUNK PHOTOS AND ARTWORK:
FINE ART AMERICA CHIPMUNK IMAGES BY BEN UPHAM
and
MAGICAL MOMENT CHIPMUNK PHOTOS BY BEN UPHAM
**********************************************************************************************************************************
Chipmunks may be classified either as a single genus, Tamias, or as three genera: Tamias, which includes the eastern chipmunk; Eutamias, which includes the Siberian chipmunk; and Neotamias, which includes the 23 remaining, mostly western, species. These classifications are arbitrary, and most taxonomies over the twentieth century have placed the chipmunks in a single genus. However, studies of mitochondrial DNA show that the divergence between each of the three chipmunk groups is comparable to the genetic dissimilarity between Marmota and Spermophilus.
The common name originally may have been spelled “chitmunk,” from the native Odawa (Ottawa) word jidmoonh, meaning “red squirrel” (cf. Ojibwe, ajidamoo). The earliest form cited in the Oxford English Dictionary (from 1842) is “chipmonk,” but “chipmunk” appears in several books from the 1820s and 1830s. Other early forms include “chipmuck” and “chipminck,” and in the 1830s they were also referred to as “chip squirrels,” probably in reference to the sound they make. In the mid-1800s, John James Audubon and his sons included a lithograph of the chipmunk in their Viviparous Quadrupeds of North America, calling it the “Chipping Squirrel [or] Hackee.” Chipmunks have also been referred to as “striped squirrels,” “chippers,” “munks,” “timber tigers,” or “ground squirrels,” although the name “ground squirrel” usually refers to other squirrels, such as those of the genus Spermophilus.
Chipmunks have an omnivorous diet primarily consisting of seeds, nuts and other fruits, and buds. They also commonly eat grass, shoots, and many other forms of plant matter, as well as fungi, insects and other arthropods, small frogs, worms, and bird eggs. Around humans, chipmunks can eat cultivated grains and vegetables, and other plants from farms and gardens, so they are sometimes considered pests. Chipmunks mostly forage on the ground, but they climb trees to obtain nuts such as hazelnuts and acorns. At the beginning of autumn, many species of chipmunk begin to stockpile nonperishable foods for winter. They mostly cache their foods in a larder in their burrows and remain in their nests until spring, unlike some other species, which make multiple small caches of food. Cheek pouches allow chipmunks to carry multiple food items to their burrows for either storage or consumption.
Eastern chipmunks mate in early spring and again in early summer, producing litters of four or five young twice each year. Western chipmunks breed only once a year. The young emerge from the burrow after about six weeks and strike out on their own within the next two weeks.

Chipmunks typically live about three years, although have been observed living to nine years in captivity.[21]

Chipmunks in captivity are said to sleep for an average of about 15 hours a day. It is thought that mammals which can sleep in hiding, such as rodents and bats, tend to sleep longer than those that must remain on alert.