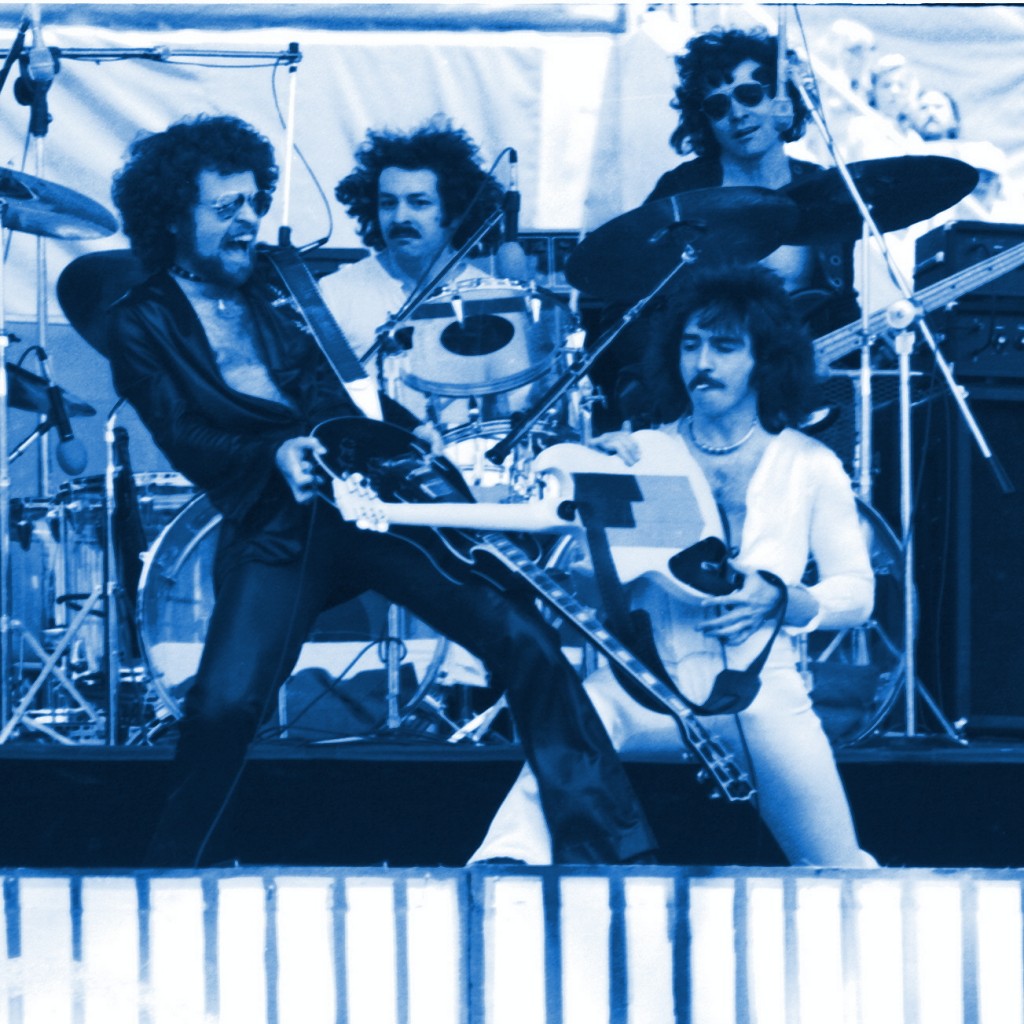 –Because Blue Oyster Cult has been considered America’s premiere heavy-metal band for the past five years, their incredible (and musically varied) new album “Agents of Fortune” comes as a bit of a surprise.
The heavy guitar riffs are still there, but there’s more. There’s even a ballad!
“All our previous albums have been monolithic and appealed to a particular taste” said Blue Oyster Cult keyboard player Alan Lanier. “This time we forgot about titles and concepts, we wanted it to be more musical, this album is breaking out in a way that others haven’t”.
There’s a new audience aware of us now. They may be surprised when they come see our show.”
As for the road, “I hate it,” admitted Lanier, who has toured with the Cult constantly for over five years. “It’s turning me into an alcoholic. You invest 24 hours a day to do two hours of work”.
“We don’t take limousines. Sometimes the kids are disappointed when they see us drive up backstage in a station wagon. I feel sorry for them. That’s worshiping the worst kind of American idea of success”.
“I had heroes, too, but if I loved Elvis it was because he was saying “— you”.
It was an emotional, political thing — like the heart of the country was dying, and here was someone who was alive.”
BOC’s audience has a violent reputation, but Lanier doesn’t find that unusual: “I haven’t seen a rock-‘n’-roll audience yet that didn’t have that element to it.
People go to baseball games and throw beer at each other. “To me, our fans are part of that disenfranchised element, like I was. I think the best people in rock and roll were always a part of that. Being able to give a voice to that is the heart of rock and roll.”