Posted at 21:30h in BlogJams by Ben Upham
Share 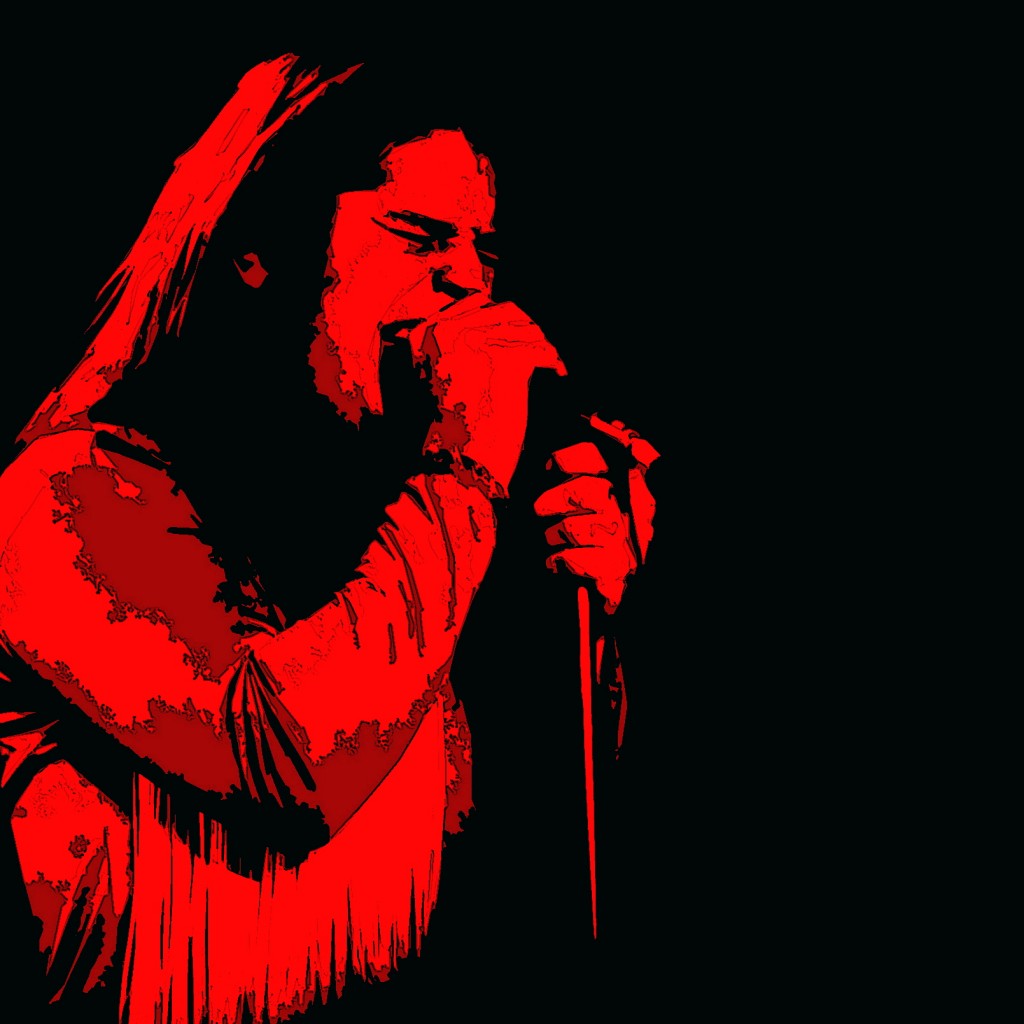 OZZY OSBOURNE OF BLACK SABBATH BELTS OUT A SONG IN SPOKANE, WA. ON SEPTEMBER 28, 1978. PHOTO BY BEN UPHAM.

Ozzy Osbourne, wearing a black T-shirt and jeans and purple-tinted glasses that sat slightly askew on his nose, sipped from a cup of tea and rolled and smoked a cigarette.
A pile of free weights lay in the corner; an exercise bike stood in the hall. His dressing table was laden with medicine to treat the asthma and allergies he suffers. He looked fit despite doing two shows a night for the past month, although fatigue showed a bit in his eyes.
“The last few gigs have just been, ‘Am I going to get through the first one, because if I get through the first one, then the second one’s a breeze,'” he said. “You have to have a little bit of reserve for the second show — you can’t give all your wind out on the first one.”
Osbourne was backstage at Ozzfest, the massive metal marathon he created. And Black Sabbath, a band Osbourne left eight years ago, is headlining the tour — with Osbourne once again doing vocals.
After being plagued by personal problems that sabotaged several prior reunion attempts, Black Sabbath, widely credited as one of the creators of heavy metal, is a band again.
Hundreds of bands were influenced by guitarist Tony lommi’s sludgy black riffs, Osbourne’s nasal wail, and bassist Terry “Geezer” Butler’s tales of Satan, war and Armageddon. They released a series of classic albums starting in 1970, such as “We Sold Our Soul for Rock ‘n’ Roll,” “Mob Rules” and “Paranoid.” Sabbath also was honored with a tribute album, “Nativity in Black,” several years ago.
But if its place in music history is set, its lineup has been anything but. Osbourne left in 1978 after eight years in the band and was succeeded by Ronnie James Dio, who stuck around for three albums, then left. Deep Purple vocalist Ian Gillan and Tony Martin sang on Sabbath albums in the 1980s and early ’90s; Dio came back for “Dehumanizer” in 1992, only to-leave again.
The original four members — Osbourne, lommi, Butler and drummer Bill Ward — played Live Aid in 1985 and jammed together several times since, but then always went their separate ways.
Osbourne and lommi recently had been working together. So when a vacancy opened up on the Ozzfest roster, Sharon Osbourne, Ozzy’s wife and manager, suggested a reunion. Ward wasn’t included this time. Faith No More’s Mike Bordin, who also played in Osbourne’s band, handled drumming duties. “When Sharon came to me with this and said, ‘Do you want to do it?’ I said, ‘Listen, my answer’s yes and that’s as far as I’m going to go with it,” Osbourne said backstage at Ozzfest’s Philadelphia- area stop. “Before, when I used to get involved, I used to get so irate, because I’m not a businessman — I’m a rock and roll performer.”
The band’s difficulties, which have always seemed to involve Osbourne and lommi, are behind them, lommi said. “You begin to realize when you fell out then, it was over silly stuff which seemed important at the time,” lommi said. “I think you’ve just got to have respect for each other, which is probably what we didn’t have in the early days.”
lommi, 49, who sat on the edge of a sofa, was a bit fidgety prior to the show. He wore his usual black, and a large silver cross on a cord around his neck, and hid his eyes behind blue-tinted sunglasses. His dark hair, mustache and goatee are only slightly gray. In the background, the sounds of Paul McCartney’s new album came from Osbourne’s dressing room. lommi has always been the constant in the band throughout as members have swirled around him. And he admits he may have made some wrong decisions in selecting players. Critics and fans have been more and more critical with each version of Sabbath and each deviation from the original. “I think it did go off-track to a point,” he said, “but you don’t realize it when you’re involved in it. You start doing more different sorts of material and then you look back at the old stuff and you think, ‘Blimey, it’s really changed.’ “It’s that unique unit that made that sound and there’s no getting away from it. So anybody else I’ve had in the band, even though they’ve been great musicians, it’s not been the same because it can’t possibly be the same,” he said. Whether Sabbath continues as a band is up in the air. “We’ll have to see when this finishes — whether they loved it, whether they hated it,” Sharon Osbourne said. “Ultimately, there’s always been this invisible thread that keeps them all together — you can’t just cut somebody out of your life totally that’s been there from day one.”
Osbourne takes the same wait-and-see attitude. “I’ve put my foot in my mouth so many times before by saying, ‘Oh, yeah, we’re going to do an album, we’re going to do another tour, we’re going to do another Ozzfest.’ Let’s just get this one out of the way and see what happens,” Osbourne said. “It would be nice to do a Sabbath album as the original (lineup),”lommi said a bit wistfully. “My ultimate thing would be to do our own tour.”