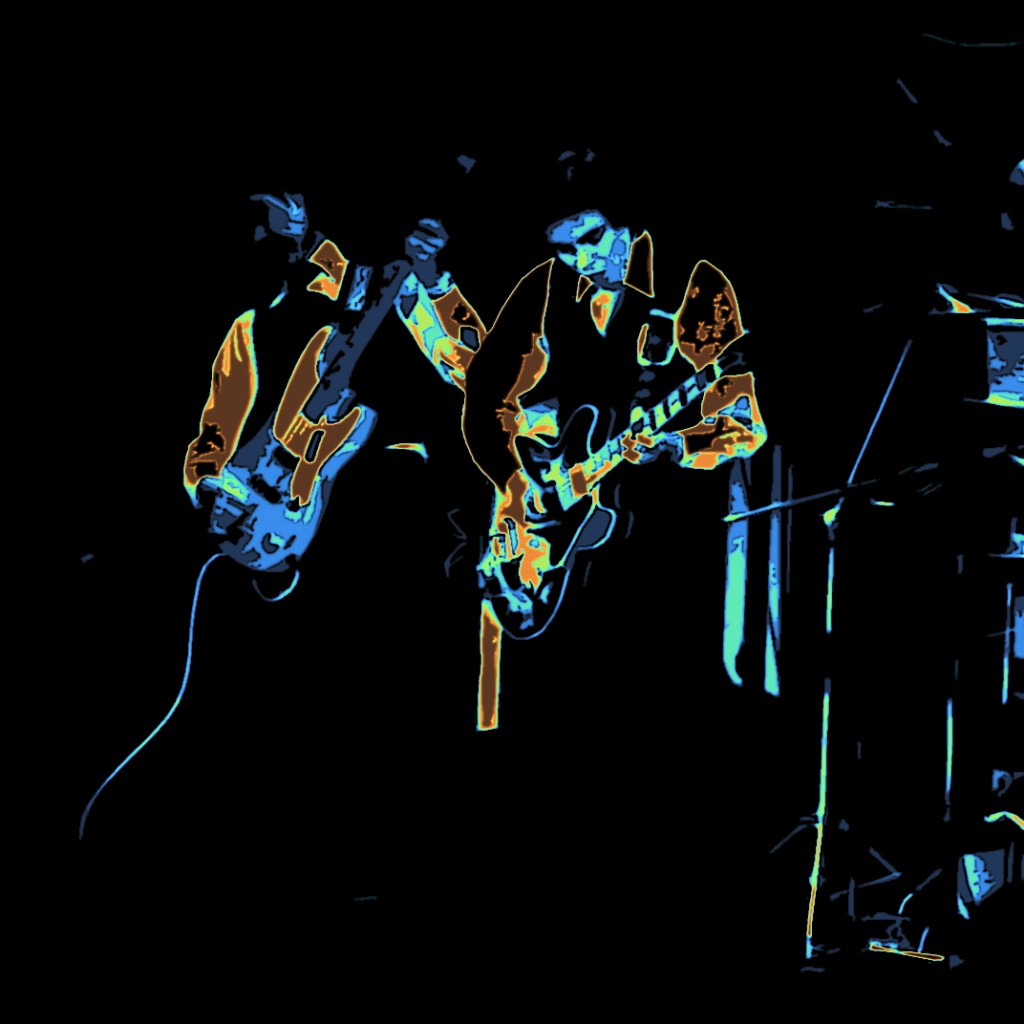 Full vocals on this one. Edgy and perfect. IT has great melodies and hooks hooks hooks. If you love Bill..this is a classic!

With Fancy Planets, prolific recording artist and revered experimental rocker Bill Nelson creates his own, rather well removed, sonic universe. The cover art depicts a buxom damsel distraught in the arms of a soaring space villain. Rest assured, the music is a trip too. Between lyrics on dream-space-and-time travel, super heroes (“Kiss Me Goodnight, Captain Marvel”), and super beauties (“The Land of Dreams Is Closed”) and fantastically over the top production, even the casual listener can’t help be entertained.
What Nelson creates on Fancy Planets is his own show, his own framework for his music, which makes it very hard for him to go wrong. Cheating? Maybe, but it’s arguably the same idea behind what we hear on commercial radio. The rules don’t apply; this isn’t for people who like the rules. And with that, Nelson bathes you in chimes before zapping you with synth lasers and phaser beam guitars, all the while spouting off something or other about time traveling cowboys and lucid dreams. If it weren’t all so tongue-in-cheek, it’d be cheesy, but lines like “Me oh my, oh how that dress becomes you / me oh my, and here it comes again” induce smiles rather than cringes.
Despite all the wise cracks and techie noodling, the songs on Fancy Planets make for good rock ‘n’ roll, with plenty of guitar work and a few considerable hooks that manage to get nestled in the mix. “The Golden Days of Radio” is an easy standout choice, replete with BBC Radio vocal samples and guitar tones that change at the drop of a name. Albeit, Fancy Planets would sound like more of a guitar record, but the MIDI-heavy orchestration often pushes Nelson’s fret play to the back of the mix. You can tell he’s having fun, and that enjoyment transmits, but if there’s any detractor on Fancy Planets it’s over-saturation. The carnival only comes to town for a limited time, and fourteen songs—none shorter than two and a half minutes—stuffed full of production and flippancy are likely to tire out all but the most devoted Nelson fans. A healthy tasting might include “The Golden Days of Radio,” a catalog of the man’s guitar heroes; “Kiss Me Goodnight, Captain Marvel” with its tasty refrain; “Where Are We Now” a nice ambient interlude; and “I Hear Electricity.”
Often times an artist’s prolificacy necessitates a sacrifice of quality for quantity, and ultimately, Fancy Planets—a fifth release for 2009—is another exercise of Nelson’s productive muscles. The end result is an entertaining listen, offering the odd song that earns its own despite the company.

#3-
BY BEN UPHAM
12-31-2011
I have been a fan of Bill Nelson for 36 years now. I was initially exposed to his Music at a Concert by Be Bop Deluxe in Spokane, Wa. on 11-19-76 as they were the opening act for Ted Nugent.
It was a brilliant performance that had the entire audience stomping and lighting their lighters for a full 10 minutes to get them back for a lengthy encore! This was a Ted Nugent crowd in late 1976 mind you…
After seeing that show I went out and purchased a couple of Be Bop Deluxe’s albums, “Axe Victim” and “Sunburst Finish”. The Music was fantastic and I was on my way to becoming a huge fan of this band. I was disappointed to hear that the group had disbanded in 1978. Nelson released “Red Noise” in 1979 and I remember listening to it and not appreciating it at all.
He had gone into a new realm that sounded nothing like the Rock stylings of his Be Bop Deluxe days…Almost no audible guitar could be heard…
Flash forward about 20 years and I started to give some of Bill’s later releases a chance.
The CD’s that I wound up finding were quite good….”Practically Wired….Or How I Became Guitar-Boy”, “Blue Moons and Laughing Guitars”, and “Whimsey” were among my favorites. They were fresh and found Bill exploring many new Musical Worlds…But still…For me at least they were not as intense and satisfying as the Be Bop Deluxe material from the 1970’s…
Then a few months ago I was turned on to “Fancy Planets”…
I’ve got to say that for my ears and Musical tastes this is the BEST Bill Nelson Music since Be Bop Deluxe! It’s not that it’s retro, or goes back to that Be Bop sound either…More like it has transported much of the Be Bop Space and Energy forward in Time from the 1970’s to receive a 2009 treatment….
It is a Magical, Shining open door to fresh and new ideas and lots of excitement in Bill’s singing and playing….It sounds to me like his finest work to date…The production is fantastic. The guitar work is everywhere in the mix….lots of great power chords and spacey riffs along with golden soloing and even a few Be Bop surprise licks!
I am hoping that anyone reading this that hasn’t given this CD a listen will at least sample it from the links that I’m attaching…It is a beautiful addition to anyones collection if you have any respect for this man’s gift…Thank You Bill…………..